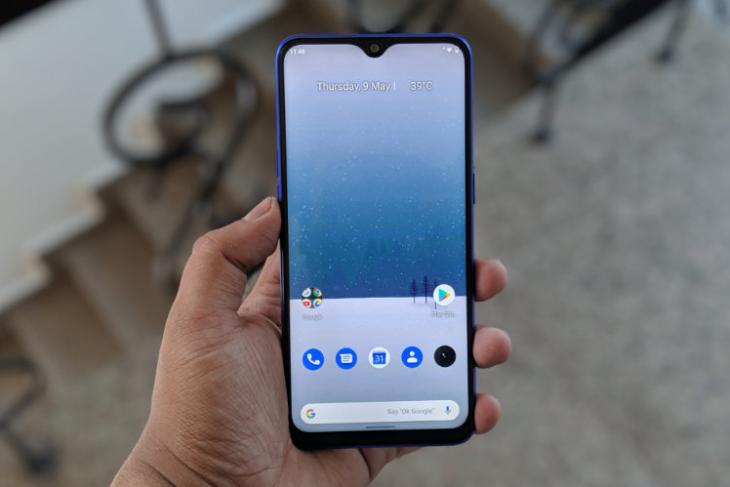 A new entry-level smartphone from Realme, the Realme 3i, is all set to be launched in India soon, and reports suggest that it will be announced at the Realme X launch event on July 15. While Flipkart has already confirmed the name of the device, the specs, pricing and availability details are still officially under wraps.

Now, however, an unannounced Realme device with entry-level hardware has popped up on Geekbench, raising speculations that it might be the aforementioned smartphone. As can be seen from the screenshot below, the phone comes with model number RMX1827 and is powered by the MediaTek Helio P60 processor, which incorporates an octa-core CPU clocked at 1.99GHz. It also comes with 4GB of RAM and runs Android 9 Pie out-of-the-box. 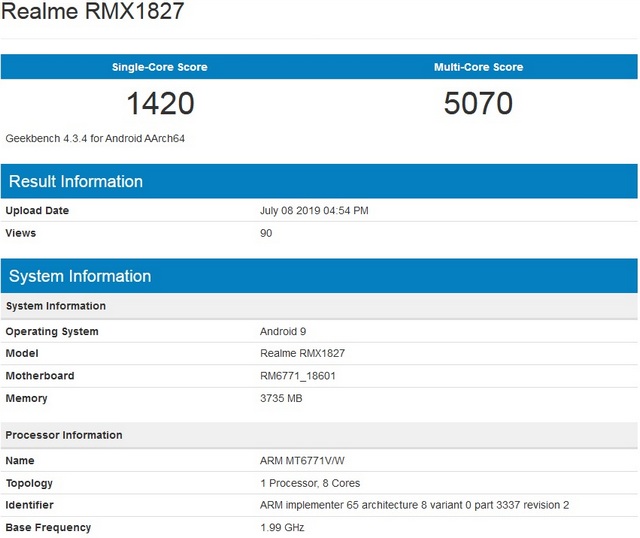 There’s no official announcement from Realme about the 3i just yet, but the company’s CEO, Madhav Sheth, recently hinted that it may launch more products alongside the Realme X on July 15. Flipkart has also published a dedicated microsite for the upcoming device, although the exact launch date remains unannounced officially. As per the Flipkart teaser, the 3i will ship with a stylish design, big battery, a high-quality display and a ‘champion’ camera.

Specs, pricing and availability details of the Realme 3i remain unknown for now, but given that it will likely be a more affordable version of the Realme 3, one can expect it to be priced fairly attractively. Launched last March, the Realme 3 comes with a starting price of Rs. 8,999 for the base model with 3GB of RAM and 32GB of internal storage.