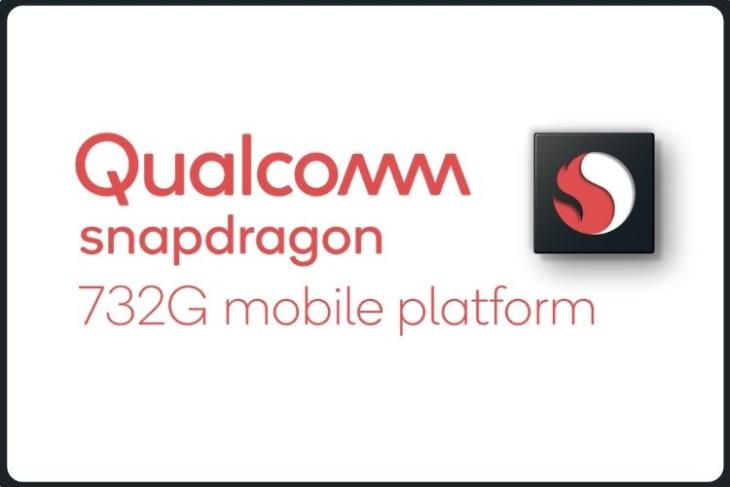 Putting an end to the rumors and speculations, Qualcomm has announced an upgrade to its existing Snapdragon 730G gaming chipset today. The new chipset is called the ‘Snapdragon 732G’ and it offers faster CPU and GPU performance compared to its predecessor. Qualcomm has further confirmed that Snapdragon 732G will first show up in an upcoming Poco phone, which we have discussed below.

As for the Adreno 618 GPU aboard the Snapdragon 732G, it now offers a 15 percent improvement in graphics rendering in comparison to its predecessor. The rest of the specifications remain pretty much the same as the Snapdragon 730G. You also get a myriad of Snapdragon Elite Gaming features onboard to perk up the experience. This includes True HDR Gaming, Qualcomm Game Jank Reducer, and Physically-Based Rendering (PBR) among other things.

The Snapdragon 732G SoC also comes equipped with a 4th-gen Qualcomm AI Engine, which “offers intuitive interactions and predictive user experiences with distributed intelligence twice as powerful as previous generations,” as per the official blog post.

The official Qualcomm blog post reveals that Poco will be the first company to use the Snapdragon 732G in an upcoming phone. And since we saw Poco announce the launch date for the Poco X3 NFC merely a few hours after this gaming chipset went official, it is obvious that the Poco X3 NFC will be the first smartphone powered by the Snapdragon 732G chipset.

Sam Jiang, Poco Global’s head of products commented on the partnership – “We are extremely excited about the upcoming POCO smartphone and our collaboration with Qualcomm Technologies that allowed us to create the first device on the market with the latest Snapdragon 732G Mobile Platform.”

While Poco will be the first phone maker to adopt the Snapdragon 732G chipset in its upcoming smartphone, we can expect a myriad of sub-Rs. 20,000 phones to include this chipset in the coming months.