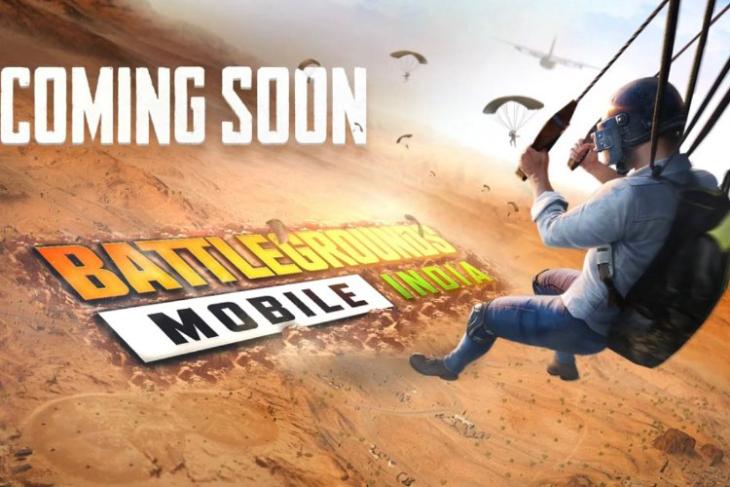 Since the ban on PUBG Mobile, imposed by the Indian government last year, fans of the popular battle royale game have been itching for its relaunch in the country. Over the course of the last months we have seen a number of hints that the game might be re-launched in the country really soon. Now, a new reveal is out, hinting that the game might relaunch with a completely new name, and it’s not going to be PUBG Mobile India.

According to a new poster for the game spotted by the folks over at Gemwire, Krafton and PUBG Corp. are likely to release the game under the name ‘Battlegrounds Mobile’. The new poster was spotted by Gemwire within the source code for the PUBG Mobile India website. For those unaware, the website went live late last year when the developers announced that they will be relaunching the game soon.

The poster, shown in the image above, has the image of a PUBG player landing on what looks to be Miramar (or the new Karakin map), with the text Battlegrounds Mobile India written in the sandy terrain.

As for the actual launch, there is yet to be any official announcement, but recent developments have definitely amped up expectations yet again. Krafton recently posted more job listings related to PUBG Mobile India on LinkedIn. Moreover, the company has stated in interviews that it is focused on the PUBG Mobile relaunch instead of bringing the newly announced PUBG: New State to the country. What’s more, a bunch of PUBG Mobile India teaser videos went live on the official YouTube channel a few days ago, adding more fuel to the fire. The videos have been made private since then, but their appearance does seem to indicate that the game’s launch, hopefully, is just around the corner.

Meanwhile, even as Krafton struggles to bring PUBG Mobile back, EA’s Apex Legends has started its closed beta in the country, and FAU-G’s Team Deathmatch mode is on the way as well. It remains to be seen how well ‘Battlegrounds Mobile’ will be able to fare in a more competitive mobile gaming scene in India.