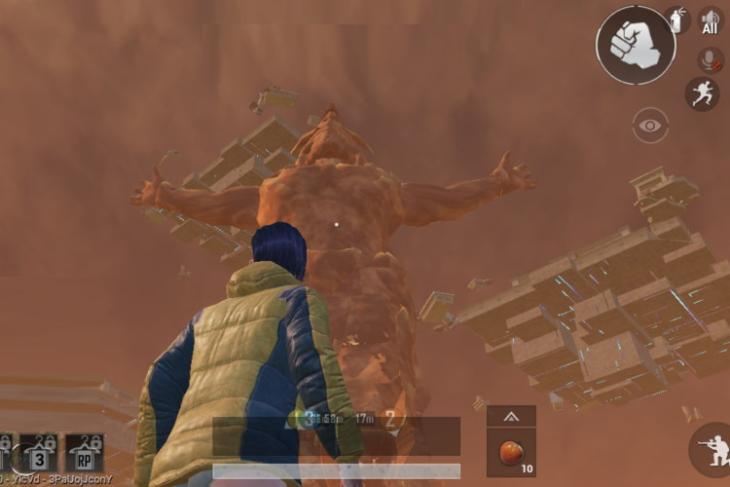 The next major PUBG Mobile update is possibly right around the corner. The popular mobile game is set to introduce the smaller new ‘Livik’ map on 7th July. But, it seems like that’s not the only big change coming to PUBG Mobile next week. The beta build for this battle royale title has been updated to now include a new ‘The Ancient Secret’ event.

The Ancient secret event will be set on the OG PUBG Mobile map, Erangel, as well as the deserts of Miramar. Just like the Amusement Park that would randomly spawn in Erangel during the game’s 2nd-anniversary event, you will now see ancient Egyptian tombs scattered across the map. They look similar to the tomb found in Ruins on the Sanhok map, just not as debilitated. 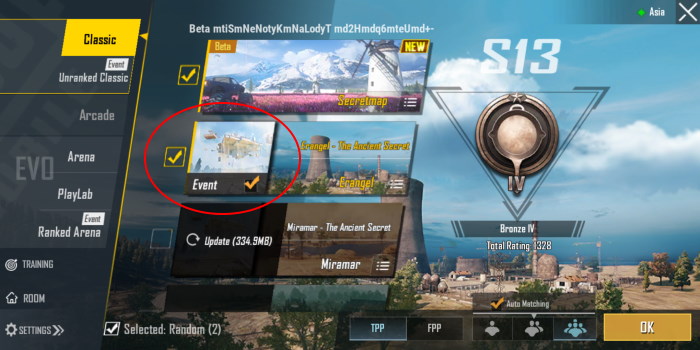 As seen in the screenshot above, you can select whether you want to play a standard match on either of the maps or ‘The Ancient Secret’ event with the tombs. The lobby will include sandstorms and an Egyptian structure, from which an enormous figure emerges and disintegrates. It is simply there to symbolize that you are in the said PUBG Mobile event.

The map, as you see below, will show you the location of the randomly placed tombs. These are sure to be hot drop points when the event goes live, so be ready for a fight right away. What’s so special about these tombs? 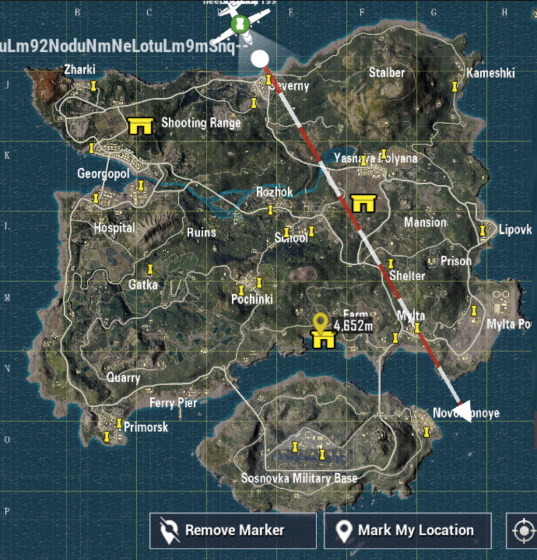 First, you can solve brain teaser/ puzzles to gain access to high-tier loot. There’s also one room that lets you fight a monstrous mummy and her minions for ‘Air Drop’ loot chests. It may include Level 3 armor, AWM, Groza, and other high-tier loot in PUBG Mobile.

Second, the highlight of this event is that the tombs take flight after a set time. If you are still on this structure, you can see yourself floating in the air. You can jump onto other flying structures in the vicinity or parachute back to the map for close-combat. The tombs will give you a better chance of victory, thanks to the high-tier loot.

The ongoing season is set to come to a close on 12th July while a new update, as I had already said, is set to arrive on 7th July. So, we are not sure whether PUBG Mobile will receive ‘The Ancient Secret’ event the same day. Nevertheless, you can check out the gameplay for this upcoming event right here.