Skip to content
Home News Here Is Why the Original iPhone Lacked Copy and Paste! 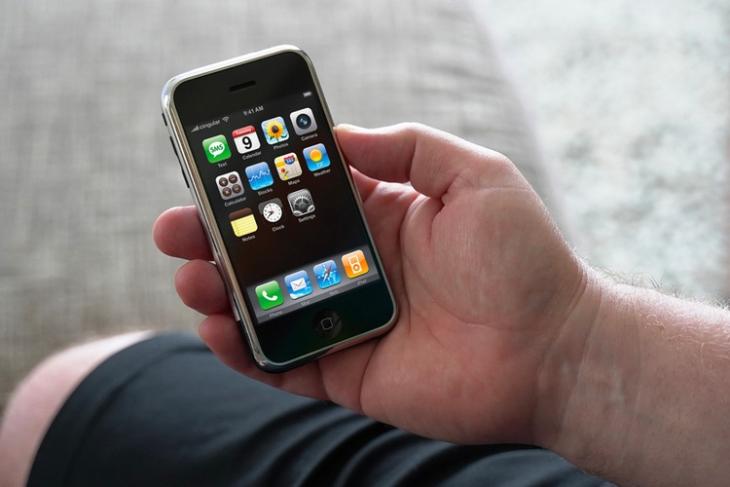 15 years back in June 2007, Apple launched the original iPhone, which fundamentally changed the way we look at phones. While the first iPhone came with a lot of industry-leading bells and whistles at the time, it lacked copy-and-paste functionality. In fact, it took two more years for the smartphone to gain the ability to let users copy and paste text, a feature that’s now considered a standard in all smartphones. Now, a former Apple engineer has taken to Twitter to share why the original iPhone lacked the copy and paste feature.

Before you keep your hopes up on gaining insights into the roadblocks the team faced, I’d recommend toning down your expectations. According to former Apple engineer Ken Kocienda, the absence of the copy and paste feature on the original iPhone at launch was due to a lack of time. The team was reportedly focused on other key features such as keyboard and autocorrect.

“The original iPhone didn’t have cut/copy/paste. Infamous! The quickest explanation is that I didn’t have time to do it right. I had too much keyboard, autocorrection, and text system work to do. The design team didn’t have time either. So we passed on the feature for 1.0,” reads Kocienda’s tweet.

For those who don’t know, Kocienda joined Apple in 2001 and was one of the main engineers behind the iPhone. He further said that eventually, they implemented cut/copy/paste functionalities with the help of the ‘magnifying text loupe’ for people to know where they were pointing the cursor. “Eventually, I worked with the design team to implement cut/copy/paste. The magnifying text loupe was my idea. The goal was to have your finger right on the spot where the insertion point should go, while letting you see where that was,” Kocienda added.

While you might be underwhelmed learning the reason why the original iPhone didn’t have the copy/paste feature, Kocienda has shared other fascinating technical insights about the first Apple phone. He also developed the touch history log for text editing and more.

If you’re interested, you can check his thread on that right here. Also, do let us know your thoughts on this new detail regarding the iPhone in the comments below.