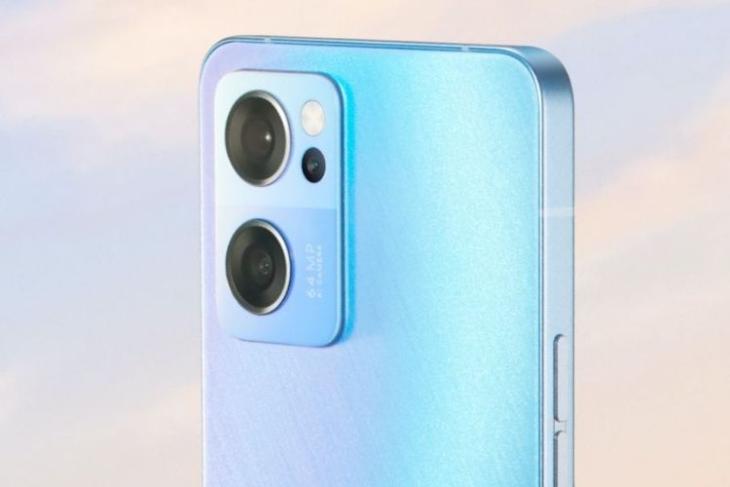 Oppo recently introduced the Reno 6 series and its successor — the Reno 7 series — is now around the corner. The new Oppo Reno phones are set to launch in China on November 25 and before this happens, we have details on its design, specifications, the number of phones expected, and more. Read on to know more.

The upcoming Reno 7 series has been found listed on China’s JD.com for pre-orders. The listing reveals that the company will launch three phones under the series: the Oppo Reno 7, the Reno 7 Pro, and the Reno 7 SE.

Starting with the design, the Reno 7 series is expected to come with a punch-hole screen and a slightly different rear panel with an iPhone 12-like rear camera bump, only thinner. While the vanilla model and the Reno 7 SE get three cameras at the back, the Pro variant is seen sporting four. The Reno 7 and the 7 Pro also have a similarity too: they are seen with flat edges (much like the Reno 6), while the SE variant gets rounded edges. The same has been corroborated by known tipster Ishan Agarwal’s tweet.

Let’s talk specs now. The listing suggests that the Reno 7 will be powered by a Qualcomm Snapdragon 778G chip and get its fuel from a 4,500mAh battery. The battery might support 65W fast charging. The phone is also expected to feature a 64MP main camera, up to 12GB of RAM, and 256GB of storage.

As for the Reno 7 Pro, the device is likely to come with a MediaTek Dimensity 1200+ chip, up to 12GB of RAM, 256GB of storage, a 4,500mAh battery with 65W fast charging, and more. It is likely to have a thickness of 7.45mm. As per previous leaks, the Reno 7 Pro is expected to get an AMOLED display with a 90Hz refresh rate, a 50MP main camera, a 32MP front snapper, and more. As opposed to the current listing, the 7 Pro was previously expected to get three rear cameras.

The Reno 7 SE, which will be a first for the Reno series, is expected to come with up to 8GB of RAM and 256GB of storage. Much like the Reno 7, we can expect three rear cameras and a punch-hole screen. Other details remain unknown.

All three Reno 7 phones are seen in Star Rain Wish (Blue), Daw Gold, and Starry Night Black color options. Since there are no official details with us, it’s better to wait until the November 25 event for a better idea. We will keep you posted.