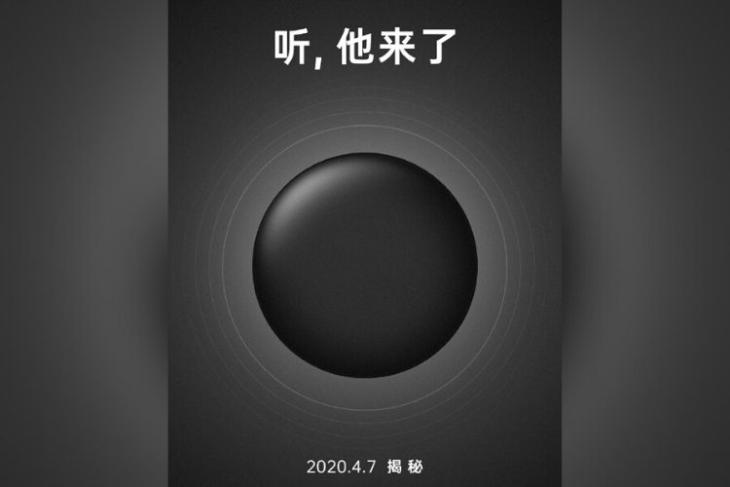 Oppo revealed its plans to build an extensive IoT portfolio including smart TVs, smart speakers, smartwatches, and more during its Inno Day technology convention back in December last year. The company has already delivered on one of these by launching Oppo Watch, alongside the Find X2 series last month. Now, Oppo is looking to unveil its first-ever smart speaker tomorrow (7th April) in China.

The official ‘Oppo Acoustics’ account has today shared a teaser poster for a new audio product that is set to make its debut tomorrow. The poster, attached above, shows off what looks like a circular speaker with sound waves radiating from it. The text above the device reads “Listen, he is here” and it seems to be an obvious reference to the company’s AI voice assistant – Breeno.

Oppo hasn’t confirmed anything about this audio product. The caption for the Weibo post too is super cryptic and reads (translated to English): “The pearls are round and jade-run, and there is a universe inside.” But, it also seems like a reference to Breeno, which could be the ‘universe’ inside the speaker. It will be able to answer your queries – much like the Google Assistant or Alexa speakers.

Oppo is building out its IoT portfolio to take on its Chinese competitors, Xiaomi and Huawei, who both already have a robust ecosystem of products. They already have a slew of smartwatches, smart speakers, smart TVs, and more in the market. Oppo (as well as Realme, its sub-brand, which will launch its own smart TV and speaker in the coming months) plans to compete with them on equal footing.