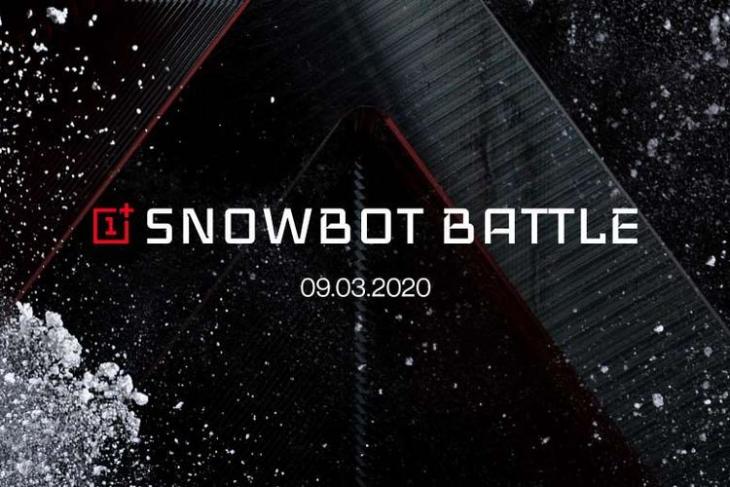 Having teased a surprise announcement a couple of days ago, OnePlus has today taken the wraps off of what it calls the world’s first 5G-powered interactive snowball-firing robots, or ‘Snowbots’. These Snowbots will be deployed for a snowball fight on March 9 in Finland and well, you will have a chance to control them.

In an official blog post, the company said that the Snowbots are powered by OnePlus 5G phones connected to a 5G network deployed by Finnish operator, Elisa. It will enable users to take part in the world’s first-ever interactive snowball fight for a ‘seamless and lag-free’ gaming experience.

In a post on the official OnePlus forums, the company said that the opening ceremony will comprise of a human-vs-robot showdown, with the former including ‘a team of familiar faces.’ Thereafter, fans will get the chance to commandeer the robots, but they’ll only get one try at it, so that even more people (there will be a 2-hour queue) can get a chance to be a part of the action. The Snowbots Battle will run round-the-clock, seventy hours straight, allowing as many people as possible to join in the ultimate snowball fight.

Also, OnePlus is picking 18 people for an all-inclusive trip to Lapland, and folks wanting to be part of the fun event can put their name in the hat by commenting on the official announcement thread (linked above) before 11 AM GMT on March 4. Do note, however, that the contest is only open to European residents, so folks in India and elsewhere are out of luck. Also be prepared to spend three days, from March 8-10, in the freezing sub-zero temperatures of the Arctic if you’re looking to be a part of the action.