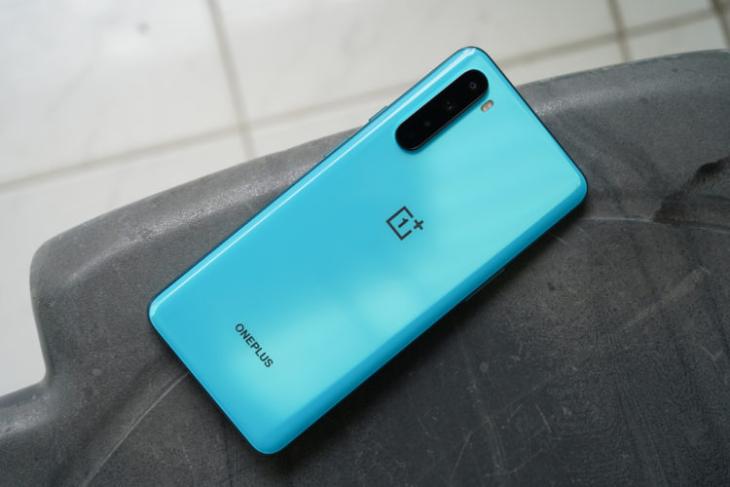 The OnePlus Nord marked the company’s re-entry into the mid-range market earlier this year. The company is now looking to expand this lineup to more affordable price brackets with the launch of the Nord N10 5G and N100. These phones are speculated to make an official debut in the US (where the original Nord did not launch) on 26th October, i.e next week.

The rumored launch date was shared by reputable tipster OnLeaks earlier last week. And now, the complete specifications sheet of both the Nord N10 5G and Nord N100 has leaked online.

This N10 5G will carry forward the Nord legacy by offering almost the same features set, with minor hardware changes, at an even affordable price tag. We already know that it will feature an OnePlus 8T-like design and a blue colorway.

Nord N10 5G will include a 6.49-inch Full-HD+ display with a 90Hz refresh rate. The leak doesn’t say LCD or OLED but we suppose it will be the same as the original Nord. We just don’t know anything about selfie cameras. You will find a quad-camera setup on the rear, led by a 64MP primary camera. It will be coupled with an 8MP ultra-wide lens and two 2MP cameras, most likely for depth sensing and macro shots.

Under the hood, the Nord N10 will be powered by the Snapdragon 765G’s younger sibling, i.e the Snapdragon 690 5G. This is in line with previous rumors and will be coupled with 6GB of RAM and 128GB of storage. You also find a modest 4,300mAh battery that can be charged via the USB Type-C port on board. We do not know the charging speeds but since this will be the first Nord smartphone in the US, we expect 30W Warp Charge support.

Also, OnLeaks has revealed that Nord N10 5G will resurrect the 3.5mm headphone jack on OnePlus phones. This is great news for wired headphone users.

Nord N100 will be the most affordable smartphone in the company’s lineup. It will feature a 6.52-inch HD+ LCD display and an 8MP selfie sensor on the front. We currently do not know whether the selfie camera will be housed in a punch-hole or notch up-top.

As rumored in the past, N100 will be powered by the Snapdragon 460 chipset. You will find at least 4GB of RAM and 64GB of storage onboard. The device also includes a 5,000mAh battery as opposed to the previously-rumored bigger 6,000mAh pack. It also includes a USB Type-C port and a 3.5mm headphone jack, as per the leak.

Since this will be an entry-level sub-$150 smartphone, we can’t really expect to have flagship cameras on board. Nord N100 will include a 13MP primary sensor, along with two 2MP sensors for depth sensing and macro shots.

As I previously mentioned, the Nord N100 will most likely be a rebranded Oppo A53 with minor differences here and there. There’s currently no word on whether OnePlus will be launching these two offerings in India anytime soon.