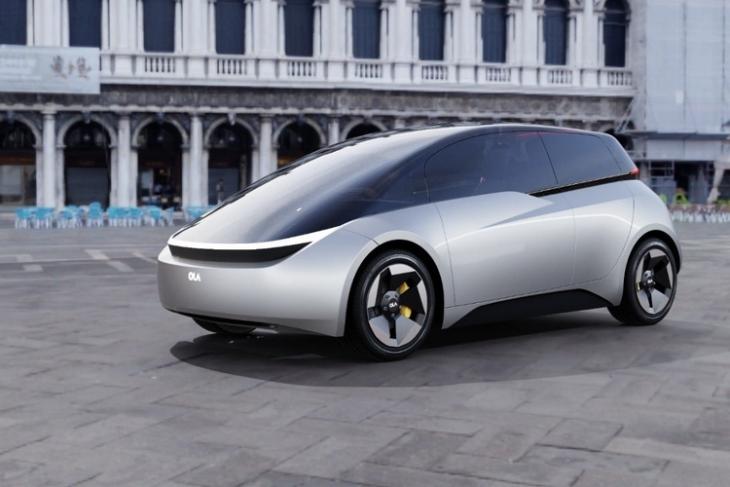 Ola’s CEO Bhavish Aggarwal took to Twitter to share what looks like a concept of the company’s upcoming electric car. The teaser comes just a day after Ola’s EV arm Ola Electric raised $200 million in funding, raising the valuation to $5 billion.

In a tweet titled “Can you guys keep a secret?”, Ola CEO Bhavish Aggarwal teased the design concept of the company’s upcoming electric car. At first glance, the teaser image looks somewhat closer to the BMW i Vision Circular revealed at IAA Mobility (Munich Motor Show) 2021. Check out the shared image below:

This is not the first time Bhavish Aggarwal is hinting at a potential electric car from the company. Quote tweeting an image featuring a Tata Nexon EV and the S1 Pro scooter, Aggarwal hinted that the “next car replacement should be the Ola electric car”. He has also previously mentioned the company’s plans to launch an electric car in 2023.

To recall, Ola has launched two electric scooters in India so far — Ola S1 and S1 Pro. While the electric scooters were unveiled with a lot of hype and fanfare, the company fell short in terms of vehicle deliveries.

Notably, Ola is offering a “free upgrade” to S1 Pro to those who opted for the non-pro S1. The catch here is that you will have to pay an additional Rs.30,000 to access Pro-specific software features. In addition, you’re now left with a scooter that weighs an additional 4 kilograms than what you signed up for. This, in turn, also affects the overall range of the scooter unless you pay for the performance upgrade.

So, are you looking forward to Ola’s first electric car? Share your thoughts in the comments.