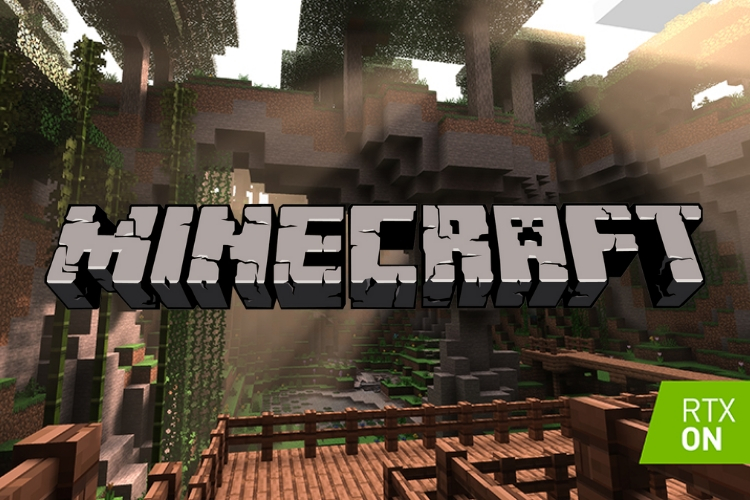 Back in August last year, Nvidia revealed that everyone’s favorite block-building game Minecraft is getting ray tracing support. Mojang, the game developer, intends to add a layer of realism to the title with this technology. It’s been more than six months since the initial announcement and we are yet to see the fruits of Nvidia and Mojang’s labor. Well, Nvidia has shared an update today, further detailing the ray tracing support for Minecraft.

Nvidia has released a couple of videos talking in-depth about how ray tracing is being implemented in Minecraft – that too in real-time. A lot of documentation for the ray tracing variant has been released today and it’s a huge departure from shader packs and textures that hardcore Minecraft fans are familiar with. Minecraft with RTX has been built from the ground up to let you build fully ray-traced worlds with reflections, shadows, caustics, global illumination, and other realistic lighting effects.

We’ve also got a first look at some ray-traced worlds from popular Minecraft creators, namely Razzleberries, GeminiTay, and BlockWorks. The structures seen below would have looked lifeless and dark but thanks to ray tracing support, you can now see more reflective and textured surfaces. It does feel more real and life-like.

Further, Nvidia has confirmed that existing worlds created or converted in Minecraft: Bedrock Edition can then be upgraded (i.e converted) to support ray tracing and PBR textures. You can go ahead and read about everything on Nvidia’s blog right here.

As for when we can expect Minecraft with RTX to make its way to our PCs, Nvidia still says that it’s “coming soon” in an official blog post. It hasn’t revealed an exact time frame at the moment, so stay tuned. We will update you once the new ray tracing tech-supported Minecraft update goes live.

How to Host a Minecraft Server on Android

Facebook is Working on an AI Assistant for Minecraft