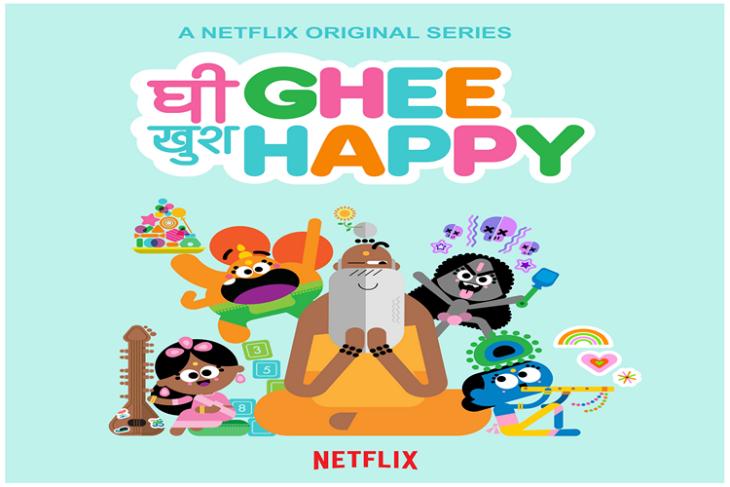 “I’m so excited and lucky to be able to create a preschool series that introduces the great pantheon of Hindu Deities, not just into a beautiful and colorful series that is truly entertaining and original to my kiddos, but to families around the world,” said Patel.

Patel aims to normalize the South Asian culture among immigrants so that kids of immigrants don’t feel odd, left out, or treated differently among kids raised being exposed to the pop culture and media.

“Becoming a recent parent of two small kids that watch preschool shows, being able to have a show that fits the needs of a blended family like mine is extremely important and personal,” Patel told NBC.

Netflix has not revealed an exact date from which you can start streaming Ghee Happy yet but we expect that to happen in the upcoming days and hence, stay tuned for more updates. So, are you excited to watch Ghee Happy on Netflix? Let us know in the comments.