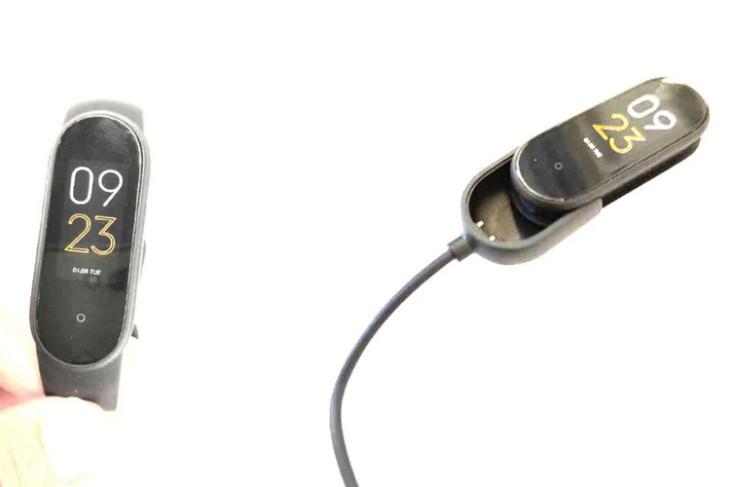 Xiaomi is expected to launch its Mi Band 5 fitness tracker by the end of this year, and several leaks over the past few weeks have already revealed quite a bit about the upcoming device. A tipster on Chinese social media site, Weibo, has now shared what they claim to be live photos of the Mi Band 5 (see featured image above), showing off some of its design elements.

Interestingly, online chatter in China seems to suggest that you will be able to use the Mi Band 5 to take photos with your smartphone. We cannot independently verify the rumor, but if true, it will be the first time a Xiaomi wearable will be offering the functionality. That said, it’s not a novel functionality by any means, although, it is more common in smartwatches than in fitness bands.

Meanwhile, latest reports claim that the Mi Band 5 will offer five new sports modes in addition to the six existing ones. The new ones will apparently be yoga, elliptical machine, rowing machine, skipping rope and indoor bicycle. The Weibo tipster further claimed that the Mi Band 5 may be priced at 200 yuan (around Rs. 2,000), but there’s no estimated launch date just yet.

Rumors also claim that the watch-faces may support a couple of different styles of analog dials this time, which will be a pleasant change from the current-gen model that only supports digital dials. According to a report from TizenHelp earlier this year, the Mi Band 5 may also come with NFC and Google Pay Support, although, neither has been confirmed by Xiaomi officially.