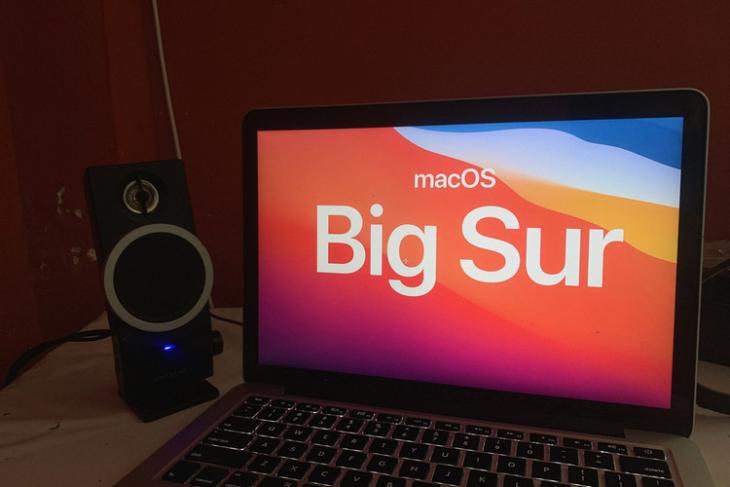 Soon after Apple started rolling out the stable macOS Big Sur last week, several users across Reddit and Apple Support forum have noticed that the update is bricking their old MacBooks. Specifically, the problem is prevalent in late 2013/ mid-2014 13-inch MacBook Pro models.

According to user reports, the MacBook gets stuck on a black screen during or after the update process. As a result, users are getting locked out of their machines. When this happens, users say that even keyboard lights don’t light up. The worst part? There’s no quick solution to this problem.

As MacRumors reports, users have tried typical troubleshooting measures including NVRAM and SMC resets, entering safe mode, and internet recovery but they have all remained inaccessible. Meanwhile, one user on Apple’s Support forum says Apple’s engineering team is aware of the issue.

The issue seems to be linked to the IC chip of the HDMI port. Some users report positive results after unplugging/replacing the I/O board of the machine, but you will have to proceed at your own risk in that case. If you’re in a similar situation, the best solution would be to contact Apple’s customer support. Considering the fact that most affected laptops are out of warranty at this point, we will have to wait to see how Apple has planned to handle this problem on a wide scale.

For those who haven’t updated to macOS Big Sur yet, we would recommend you to wait until the developers at Apple manage to resolve the problem. Since this is a major issue, we could expect Apple to fix the bug soon. Meanwhile, do let us know if you’re affected in the comments and do not update your old MacBooks right now.