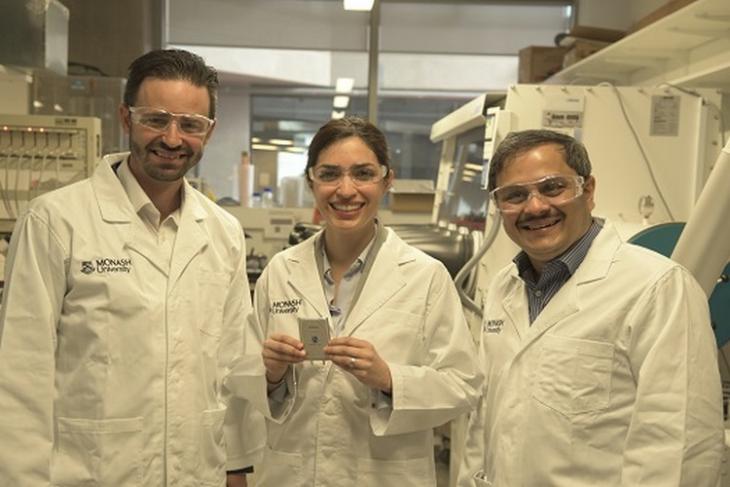 Researchers at Australia’s Monash University have developed the world’s most efficient lithium-sulphur (Li-S) batteries that they claim are capable of powering smartphones for five continuous days on a single charge. The researchers have already filed for a patent on the manufacturing process after developing prototype cells that were fabricated by Fraunhofer Institute for Material and Beam Technology in Germany. Further testing in cars and solar grids are expected to take place in Australia later this year.

The research team was led by Dr. Mahdokht Shaibani from Monash University’s Department of Mechanical and Aerospace Engineering and, included at least two Indian scientists, Professor Mainak Majumder from Monash and Dr. Ruhani Singh from the Commonwealth Scientific and Industrial Research Organization (CSIRO). According to a report published by the institution, the new batteries use much of the same materials found in standard lithium-ion batteries, but with reconfigured sulphur cathodes to accommodate higher stress loads without a drop in overall capacity or performance.

As per the report, some of the largest manufacturers of lithium batteries from around the world, including China and Europe, have expressed interest in the technology that the researchers believe will some day replace lithium-ion (Li-ion) cells in not only cell phones, but also cars, computers and solar grids in the future.

Talking about the new technology, Prof. Majumdar said: “Successful fabrication and implementation of Li-S batteries in cars and grids will capture a more significant part of the estimated $213 billion value chain of Australian lithium, and will revolutionise the Australian vehicle market and provide all Australians with a cleaner and more reliable energy market”. According to him, “Our research team has received more than $2.5 million in funding from government and international industry partners to trial this battery technology in cars and grids from this year, which we’re most excited about”.