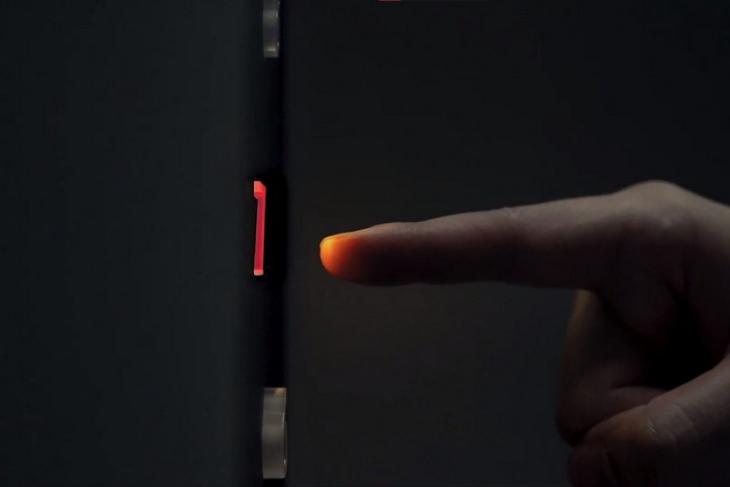 As the rise of the Coronavirus pandemic has made every surface we touch potentially life-threatening, we have seen companies and organizations come up with touchless technologies to minimize physical contact with any kind of surface, especially those in public spaces. So now, a Singapore-based innovation studio has developed a new kind of touchless technology that mimics the pressing of a button without actually pressing it. Sounds confusing? Let me explain.

The Singaporean design studio, Stuck Design, recently came up with a new kind of touchless technology that does not rely on light or sound to offer user-feedback. Instead, it uses motion sensors to detect a finger and react to the pushing, pulling, or sliding gestures of the finger and mimics the pushing or pulling of a button in a physical manner. It sounds similar to Google’s Soli motion gesture chip found on the Pixel 4.

“With contactless interactions on the rise in the face of COVID-19, most touchless tech tends towards a static sensor with a light or buzz to indicate an activated button, greatly diminishing the push-button interaction,”wrote the company.

“By going beyond the expected feedback of light and sound, Kinetic Touchless provides a surprisingly delightful and yet newly familiar way to interact with contactless technology,” they further added.

The studio is calling it “Kinetic Touchless” technology that aims to bring “the human touch back to contactless tech”. So, as you can imagine, it is a unique interaction process with contactless tech and looks like something we will see in future smart cities.

Now, the company has already made a working prototype of the contactless button with the Kinetic Touchless technology and aims to implement them in elevators. The creators also released a pretty cool video showcasing the working of the final product. You can check it out right below.

So, as you can see, the touchless buttons react to the motion of the finger in real-time and it actually presses the button even when there is no physical pressure applied to it. The video also shows the buttons’ reaction to the sliding gesture of the finger as they all light-up as soon as the finger comes near to any of them.

Now, the Kinetic Touchless technology is just an experiment as of now. It does not have any real-world applications other than the working prototype of the buttons based on the said technology. However, going into the future, we might see the technology in other kinds of touchless products or interactive places.