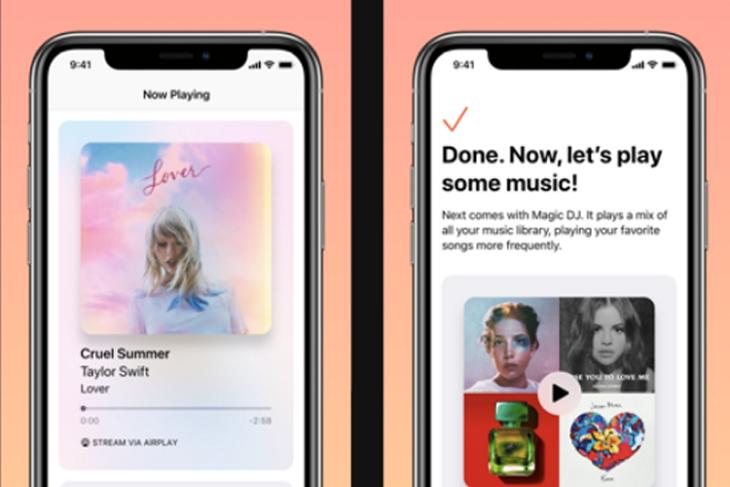 Choosing a song to play if you don’t have a curated playlist can often turn to be a tiresome task. If you’re one of those people who take a blind shot by pressing the Shuffle button and end up skipping a lot of tracks to find one song that suits your mood, Next is an app you should not miss out on.

The app makes use of the MusicKit API introduced by Apple to access the songs in your library. The feature that makes the Next app stand out is “Magic DJ,” a smart mix of songs picked from your favorite artists in the library.

In the Playlists tab, there is a feature called “Dynamic Playlists” created based on your listening activity. It even narrows down to specific playlists like  “25 Most Played”, “Recently Added”, “Forgotten Songs”, “Most Played of an artist”, “Most Played of a genre”, and even “Never Played”, a playlist containing songs ignored since ages.

The user interface of the app looks quite minimal and neat. The option to stream the music via AirPlay appears below the song’s progress bar.  The app is lightweight and has a size of just 1.3 MB. And, did I tell you that it has a dark mode?

Next is available to download in the App Store for Rs.399. It is worth noting that your iPhone, iPad or iPod touch must be running iOS 13 and should have an active Apple Music subscription to use the app.

Check out Next from the below link and let us know if you found this helpful in the comments.

Duet Display Turns Your Phone into a Second Screen

15 Best iPhone Web Browsers You Can Use

How to Find Your Lost or Stolen iPhone