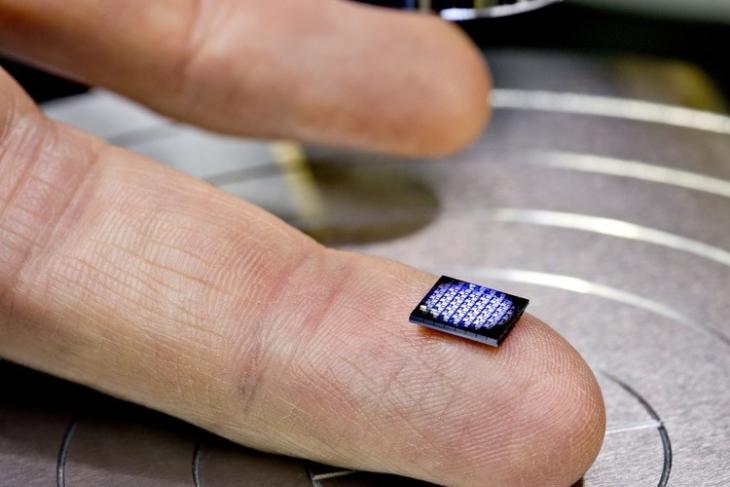 At the ongoing IBM Think 2018 conference, IBM has showcased the world’s smallest computer which is claimed to be tinier than a grain of salt. IBM’s futuristic creation packs the same amount of computing power as the x86 chips released in the 90s.

Although the tiny computer does not boast of crazy-powerful processing chops, the device more than makes up for it on multiple fronts such as support for blockchain technology and AI, versatility, and affordability. As per IBM, it would cost fewer than ten cents to manufacture the grain-sized computer, something that dramatically boosts the device’s practical application prospects in the future.

As per IBM, the tiny computer will pack ‘several hundred thousand transistors’ that will allow the device to ‘monitor, analyze, communicate, and even act on data’. Versatility aside, one of the biggest USPs of IBM’s new invention is the support for blockchain technology, as the device is claimed to be capable of acting as a data source for blockchain applications, though it would be wise to keep your expectations of cryptocurrency mining in check, for now.

As for use case scenario, the computer can be used for theft detection, tracking the shipment of goods, and compliance verification to name just a few. “Within the next five years, cryptographic anchors — such as ink dots or tiny computers smaller than a grain of salt — will be embedded in everyday objects and devices” IBM’s Head of Research, Arvind Krishna was quoted as saying by Mashable.

Another promising thing divulged by IBM was the fact that the computer will also be able to accomplish basic AI-based tasks like sorting data, which is a sign that the device’s updated iterations might bring a deeper level of AI-integration. IBM is yet to announce anything about the tiny computer’s commercial availability, aside from revealing that its research team is currently testing the first prototype of the computer which requires a microscope to study its architecture.