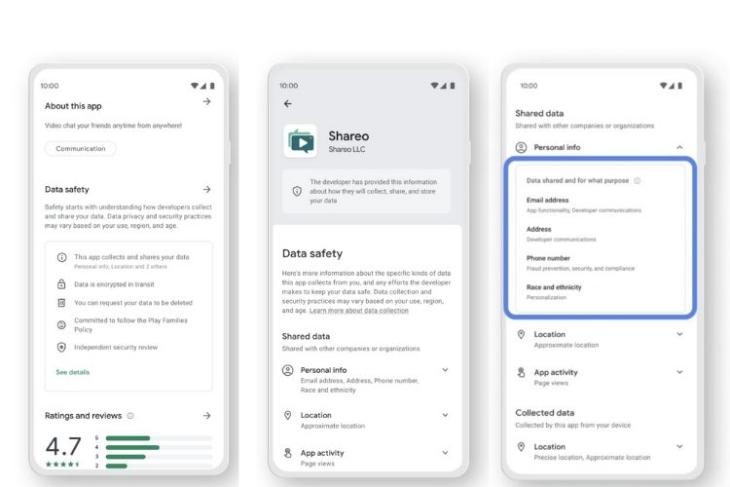 Following in the footsteps of Apple and with the intention to increase the privacy of users on the Play Store, Google announced to add a new Data Safety section to all the apps on its digital marketplace earlier this year. Now, the Mountain View giant has announced that its new Data Safety section will go live on the Play Store from February 2022. So, app developers are now required to fill out a digital form with relevant details about how their apps use and collect user data.

The company announced its new Play Store policy via an in-depth blog post on the Android developers’ forum. In the post, the Director of Product Management for Play Console, Krish Vitaldevara, explained the new data safety section for apps on the Play Store.

The company announced that it has started rolling out the Data Safety form for developers in the Google Play Console today. It will roll out to every developer within a couple of weeks’ time, as per the blog post. Google has also released a dedicated guide to help developers fill out the data safety form with ease. Along with that, it released an informative video to provide an overview of the form fill-up process. You can check it out right below.

Following the submission of the form, Google will start showing the relevant information about how an app on the Google Play Store collects and uses user data from February 2022. Although the company wants all the app developers to have an approved data safety section for their apps by that time, developers will get till April 2022 to submit the form and get their approvals.

Once the data safety section goes live on the Play Store, developers can showcase the “key privacy and security practices” of their apps at a glance, explain how their apps use data, and what kind of data their app collects from users. So, it will be similar to what Apple started doing with its apps on the App Store with the introduction of its App Tracking Transparency Framework last year. This will help users to download an app from the Play Store with confidence, without worrying about their privacy and sensitive data.