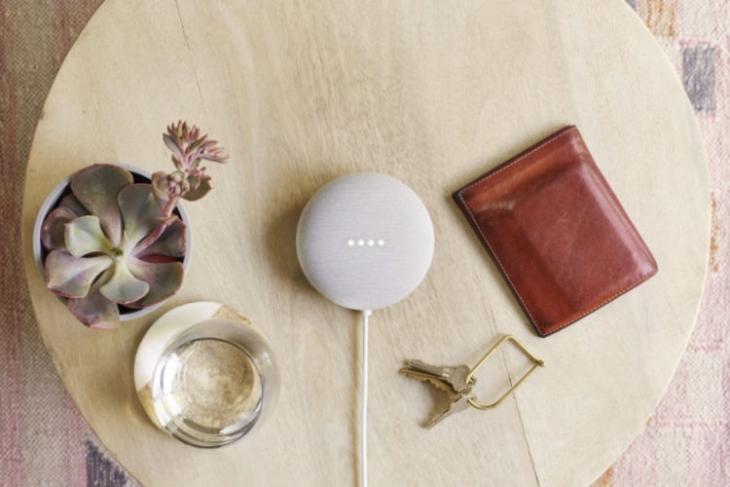 After unveiling the Nest Mini at its Made by Google event in October, Google has finally launched the all-new Nest Mini in India for Rs. 4,499. That price is considerably higher than the Nest Mini’s US pricing of $49 (~Rs. 3,200).

The Nest Mini looks pretty much the same as the original Home Mini, but comes with improvements in audio quality and the fact that Google has now included a wall-mount so you can hang the Nest Mini on your wall, if that’s something you have always wanted to do. There are also LEDs on the sides to visually indicate the touch buttons that can be used to control the volume on the smart speaker.

Google claims that it has improved the audio quality considerably, especially in the low-frequencies, with the company saying “Nest Mini provides bass that’s twice as strong as the original Google Home Mini (measured from 60 to 100 Hz at max volume).”

The new Nest Mini also uses proximity sensors to know when the user’s hand is approaching the speaker in order to light up LEDs for visual aid on where the buttons are. According to Google’s press release “The Assistant […] also senses proximity to light up the LED as soon as the user’s hand gets close to the device; guiding where to tap and adjust the volume”

The Google Nest Mini is available now on Flipkart, so you can go ahead and buy it right away.

Google Nest Mini Leaked Ahead of Launch; No Major Upgrades in Tow