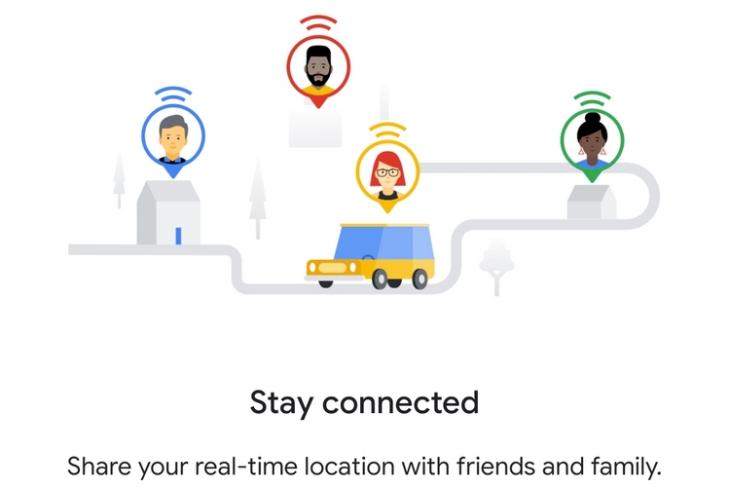 Google has now started rolling out a redesigned location sharing user interface in Google Maps. The modern redesign goes inline with the overall design language of the app.

The first major visual change in the redesign is that it removes the outdated blue top bar and replaces it with a white one. There are minor improvements for overall better user experience as well. In case you’re unaware, you can access the feature by tapping on your avatar in the top right corner of Google Maps, followed by choosing ‘Location Sharing’ option.

Frequently shared contacts are now listed at the bottom instead of the previous floating heads implementation. Google Maps has also gained a ‘New Share’ floating action button that lets you quickly get started with location sharing.

The location sharing duration is 1 hour by default but you can tweak it by tapping on the timer and setting your preferred duration using the + and – button controls. You’ll also find the ‘Until you turn this off’ option once you expand it.

The location share sheet has been updated to match the design guidelines, along with a prompt that explains how the feature works and the data is being shared in the process. “Your shared location may include information about where you are, where you’ve just been, what you’re doing (like driving or walking), your device (such as battery life, GPS connections), and your places (such as home, work, and destinations).”, explains Google.

As reported by Android Police, the feature appears to be present on Google Maps version 10.40.2 and later. If you don’t see the feature just yet, make sure the app is updated to the latest version available on the Play Store.