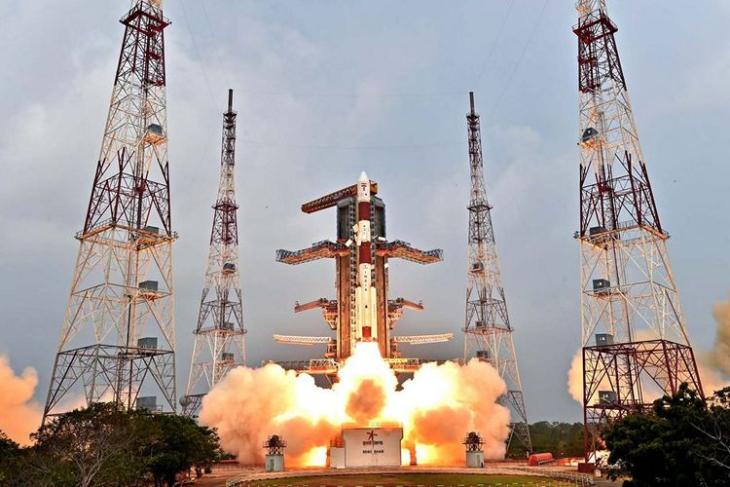 The launch of GISAT-1 earth observation satellite has been pushed back for the second time in just over a month. According to the PTI, the launch has now been put off indefinitely because of the coronavirus lockdown. “We cannot launch GISAT-1 due to lockdown. An exercise like launching a satellite requires nearly 1,000 people to do deal with its various aspects”, said a source quoted by the news agency.

The proposed launch was reportedly rescheduled for this month following the initial postponement in March, although, ISRO never announced a date for it officially. The satellite was originally scheduled to be launched onboard the GSLV-F10 launcher from the Satish Dhawan Space Centre in Sriharikota, Tamil Nadu, on March 5, but the launch was postponed due to technical reasons. ISRO is yet to make an official statement on the matter, but according to the sources, no fresh date has been fixed for the launch just yet.

The GISAT-1 weighs around 2,275 kg and has a lifespan of seven years. According to the PTI, it will enable near real-time observation of the Indian subcontinent under cloud-free conditions at frequent intervals. It will also help the government and relief agencies monitor regions struck by natural disasters and keep a constant watch on borders as a security measure.

The satellite will also have a multi- and hyper-spectral imagery along with the 700 mm Ritchey-Chretien telescope for earth observation and data collection, plus a high-resolution camera. The satellite has been designed to obtain spectral signatures of agriculture, forestry, mineralogy, disaster warning, cloud properties, snow, glaciers and oceanography.