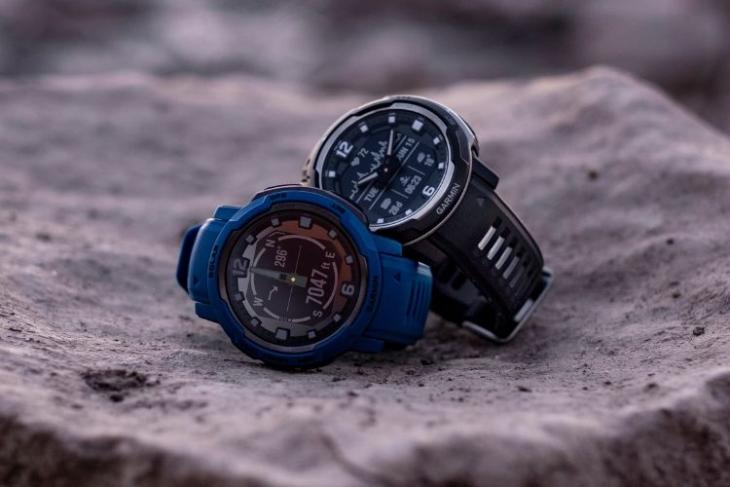 Garmin has introduced the new Instinct Crossover and the Crossover Solar rugged smartwatches in India as part of the Instinct series. The watches come with inbuilt GPS, up to 70 hours of battery life, and more. Have a look at the details below.

The Instinct Crossover and Crossover Solar are hybrid GPS multisport smartwatches that come with a rugged design, including new Super-Lumi Nova coated analog hands and a chapter ring. There’s support for Garmin’s new RevoDrive analog hand technology for the watches to show accurate time under any condition.

The smartwatches come with MIL-STD-810 and 10 ATM (100 meters) water ratings. There’s a 1.28-inch digital display with a fluorescent coating on the watch hands (green for the Solar model and blue for the standard model).