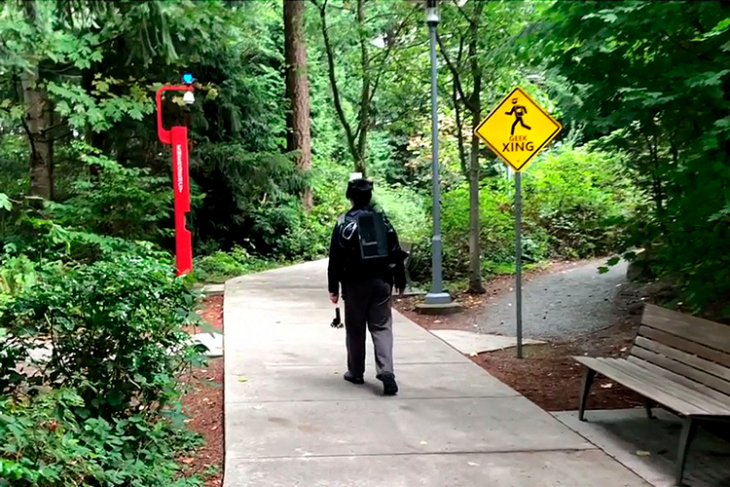 Microsoft has been actively working to leverage the power of Virtual Reality to the next level. This time, the tech giant has released a new video showing off DreamWalker, a technique developed by researchers that will allow people to safely navigate in real-world environments through a VR world.

“DreamWalker is a VR system that allows users to walk from one place to another in the real world (A) while experiencing a completely different place, such as a crowded city, in VR (B). The technology uses path planning (C) to identify a VR path that best aligns with the real-world path, accounting for any known obstacles in the real-world with corrections in the VR world.”, describes the researchers in a blog post.

The Redmond giant uses inside-out tracking, a dual-band GPS sensor, and two RGB depth cameras for obstacle detection to make this possible. The prototype of DreamWalker includes a backpack containing a PC, VR headset, and a monitor.

While being immersed in the VR world, the inside-out tracking system present in Dreamwalker will automatically detect obstacles in the real world and will help users avoid them. Cool, right? 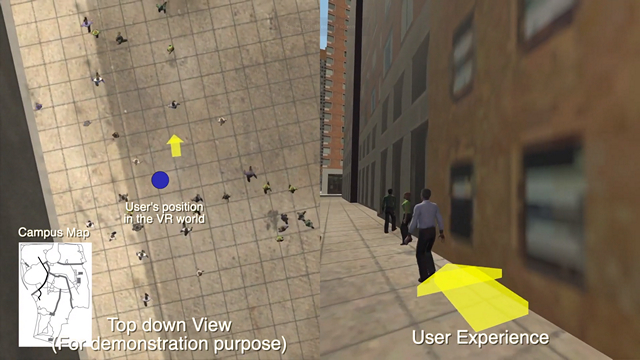 As you can see in the image above, the yellow arrows will guide the users by showing safe routes. This way, users will not have to be worried about the disturbances and dangers that could happen in the real world while being indulged in a VR trip.

While the technology doesn’t seem ready to be deployed currently, it could change the way people interact with VR in the future. Moreover, Microsoft describes DreamWalker as a way of exploring a future where “people spend considerably more time in virtual reality, even during moments when they walk between locations in the real world.”

So, what do you think of Microsoft’s DreamWalker? Tell us in the comments.