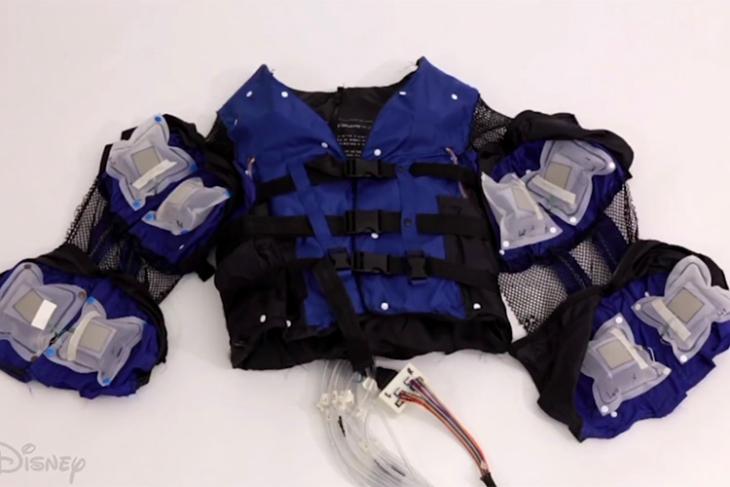 Haven’t you always wondered what it would be like to have a snake slither across your body? Well, neither have I, but the point is you may soon be able to experience that very feeling in VR, along with a couple of other physical experiences as well, thanks to Disney Research, MIT Media Lab, and Carnegie Mellon University.

The team has unveiled a prototype, concept jacket that they call the ‘Force Jacket’ which is capable of helping people feel different sensations and tactile experiences.

The jacket is basically lined with airbags and is controlled by a computer that deflates and inflates the bags in order to create different types of physical feelings. Right now, the jacket is capable of simulating things like hugs, getting pushed or punched, and for some strange reason, a snake slithering across your body.

Disney is hoping to use the jacket for VR experiences which currently lack actual physical interaction for the most part. Even with controllers and everything, the actual feeling of being present somewhere can only be achieved if the environment reacts, or when we get touch stimuli. This jacket is Disney’s one-small-step towards that. 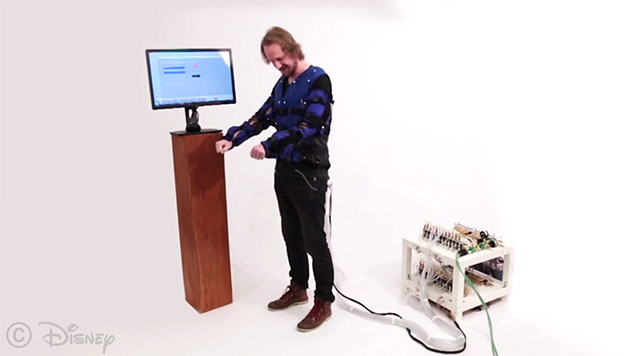 The ‘Force Jacket’ weighs in at 5 pounds, and contains 26 air compartments that are inflated and deflated with a valve system. In a paper on the same, researchers from Carnegie Mellon University wrote, “the goal is to develop core technology for the Force Jacket that will be sufficient for basic psychophysical assessment and to design and test an initial set of effects.”

In order to test the jacket’s capabilities, researchers have built three VR apps including a snowball fighting game, a simulation of a snake slithering around, and a simulation where the user grows muscles. All of these VR experiences are supplemented by the ‘Force Jacket’ and researchers are hoping that with further refinements the jacket can actually be useful in VR applications.