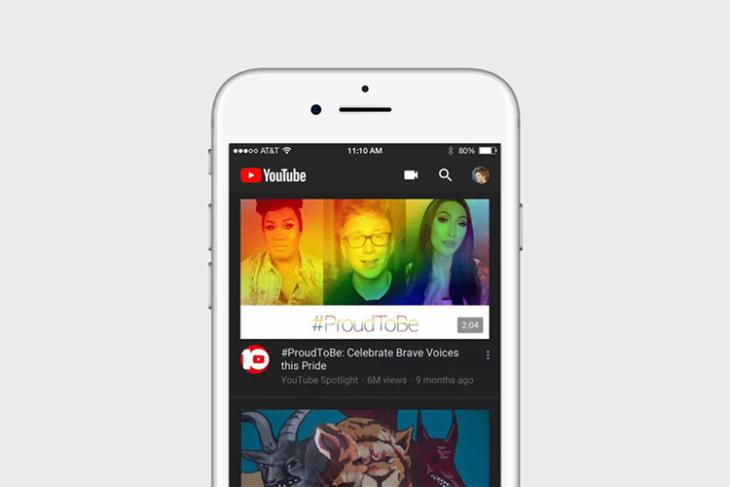 YouTube’s desktop site received a massive visual refresh last spring including a dark mode. Since then, many users have wished for a similar color tone for the mobile apps of YouTube and now, it seems after a year-long wait, the company is finally rolling out a dark mode to its mobile apps, starting with iOS today.

With this new feature, as expected, the background color changes to a grayish hue while the icons and text turn white. The theme is pretty much uniform throughout the entire app. The update appears to be a server-side switch and must not compel you to update the app – not that there isn’t any reason that you shouldn’t; but if you’re curious, you can jump right in.

When you open the app for the first time after you’ve received the update, YouTube will greet you with a prompt for switching to the dark mode (or “Dark Theme” as YouTube calls it). Don’t worry if you skipped the option the first time, you can also activate the theme by visiting Settings under the Account menu (just tap on your picture).

A dark mode has been in demand by many users for reasons apart from that it looks cool.  If you binge on YouTube videos, the dark theme should take care of your eyes. It also adds a cinematic feel to the whole browsing experience, allowing you to focus on the content and not be distracted by the icons. Moreover, if you have a smartphone that bears an AMOLED screen, the dark mode can also help in conserving battery, allowing you to watch more videos without before draining the battery completely.

The feature, as it appears, was earlier teased to some users – maybe as part of a random pilot test. Back in January, a bunch of Redditors claimed that they were able to toggle the dark theme on by force-closing the app and relaunching it. And now, the feature is rolling out to the majority – if not all – of iOS users. Android, the company has promised, will receive an update “soon” but has not hinted at the exact date for the release.