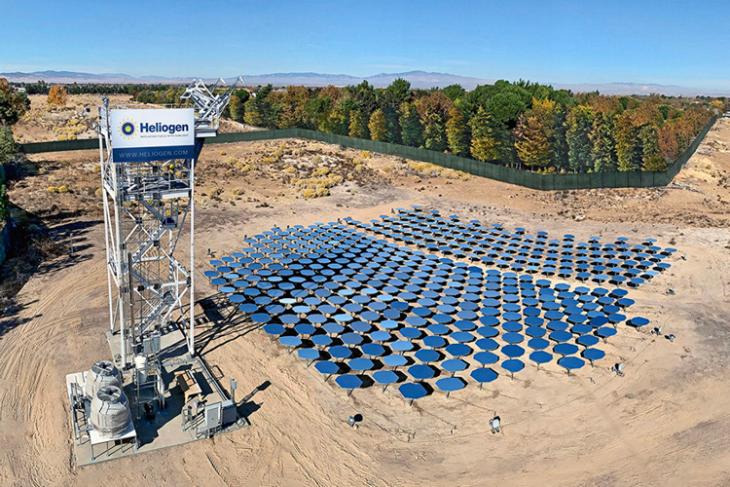 A clean energy company named Heliogen has come up with a technique that involves AI-powered mirrors capable of utilizing solar energy to generate extreme heat ranging more than 1,800 degrees Fahrenheit.

The company believes that its technology has the potential to replace fossil fuels for the production of cement, steel, and petrochemicals. Cement production accounts for more than 7 percent of global CO2 emissions, points out the company in a press release.

“The world has a limited window to dramatically reduce greenhouse gas emissions…With low-cost, ultra-high temperature process heat, we have an opportunity to make meaningful contributions to solving the climate crisis.”, said Bill Gross, CEO of Heliogen.

Bill Gross believes that the company wants to scale up its business as soon as possible to reduce the damage currently being done by fossil fuels to the atmosphere. “If we go to a cement company and say we’ll give you green heat, no CO2, but we’ll also save you money, then it becomes a no-brainer,” Gross told CNN.

Notably, the startup is backed by Bill Gates, the co-founder of Microsoft who also happens to be the richest person in the world.

“If we’re going to get to zero-carbon emissions overall, we have a lot of inventing to do. I’m pleased to have been an early backer of Bill Gross’s novel solar concentration technology. Its capacity to achieve the high temperatures required for these processes is a promising development in the quest to one day replace fossil fuel.”, said Bill Gates.

So, what are your thoughts on Heliogen’s approach to cope up with climate change? Let us know in the comments.