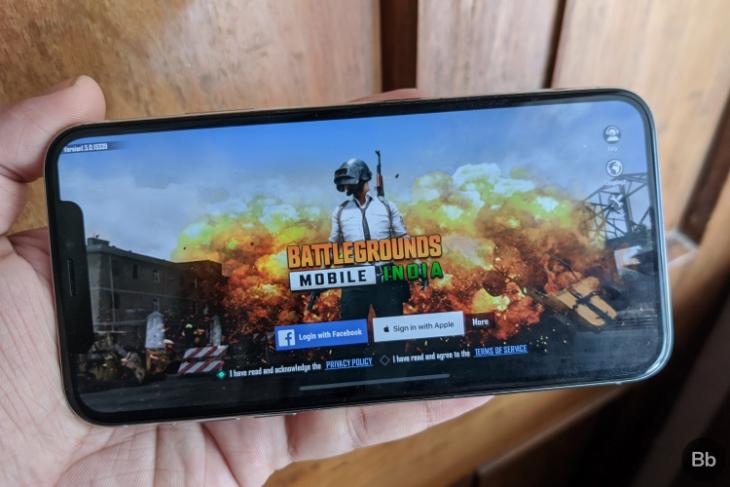 PUBG Mobile made its comeback to India in a new avatar back in June. Korean game developer Krafton first launched its battle royale title, Battlegrounds Mobile India (or BGMI) on Android. The developer had been mum on the iOS launch until earlier this month when it finally confirmed that the BGMI iOS launch is near. And well, Battlegrounds Mobile India has become available to download on the iOS App Store for iPhone and iPad users.

Now, you must be wondering about a couple of things — what is the download size of Battlegrounds Mobile India on iOS? Are there any differences you should be aware of?

Well, to answer your first question, the download size of BGMI on iOS comes to 1.9GB. So yeah, you might need an additional Internet pack if you are on a 1GB/ 1.5GB daily data limit. Moreover, you need to be running iOS 11 or later to play this game on your iPhone or iPad. You also have the option to “Sign in with Apple” here, which is great. 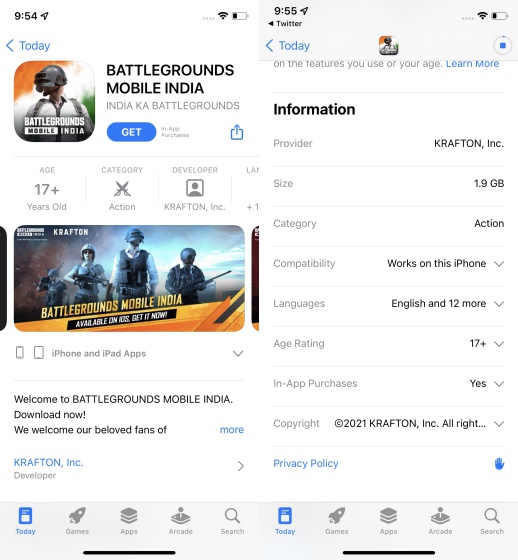 A closer look at the screenshots above would also tell you that Krafton has set a 17+ age limit for its battle royale title. That means players under the age of 18 would require age verification and permission from a guardian to enjoy BGMI on their iPhone, iPad, or iPod Touch devices. The gameplay remains exactly the same, and iOS users are eligible for all the same in-game rewards and contests as Android users.

If you are an iPhone or iPad user and have been waiting to play BGMI on your device, go search for Battlegrounds Mobile India in the app Store. Or, you can click this link to move directly to the game’s iOS listing. The game’s release on iOS comes merely days after the game achieved 50 million downloads on Android within 2 months of release.