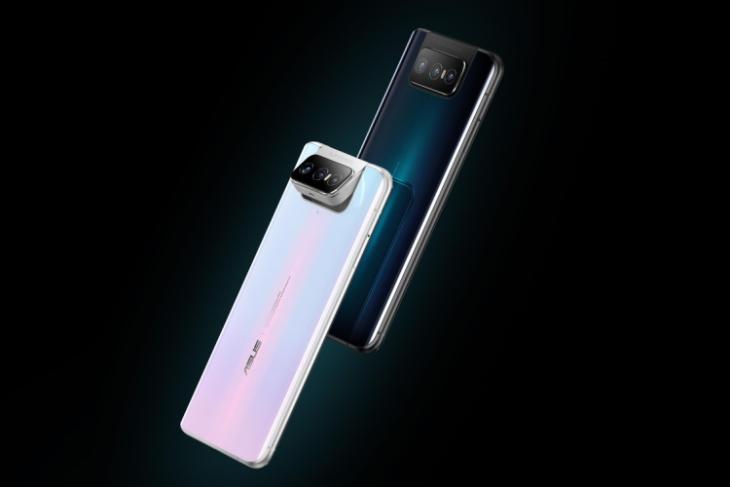 Putting an end to the stream of leaks and teasers, Asus has finally taken the wraps off its latest flagship smartphones – ZenFone 7 and ZenFone 7 Pro. They’re the successors to the company’s wild motorized flip camera phone, ZenFone 6 (or Asus 6z in India). It brings along the same design, an upgraded flip camera module with three sensors, and the latest Snapdragon 865 chipsets in tow.

ZenFone 7 Pro includes the same clean design as its predecessor. You have a fullscreen bezel-less display on the front and a motorized flip camera mechanism on the rear. It’s just that the flip camera module is now slightly bigger and houses an additional sensor.

The smartphone features a 6.67-inch AMOLED display with a 90Hz refresh rate, HDR10+ certification, and Delta E < 1. You get a fullscreen bezel-less panel here with no notches or punch-holes onboard, the same as its predecessor. Though you have an AMOLED display in tow here, ZenFone 7 Pro includes a side-mounted fingerprint sensor that also doubles as a power button.

Under the hood, ZenFone 7 Pro is powered by the Snapdragon 865+ chipset – in line with the rumors. You also have up to 8GB of LPDDR5 RAM and up to 256GB of UFS 3.1 storage onboard. It runs ZenUI 7 based on Android 10 out-of-the-box. 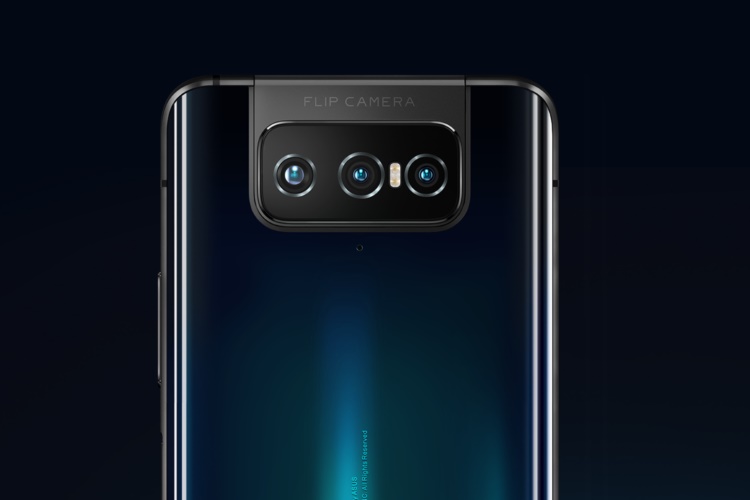 The highlight of the ZenFone 7 Pro will have to the triple flip camera setup on the rear. It includes a primary 64MP (f/1.8) Sony IMX686 sensor with OIS, coupled with a 12MP ultra-wide lens (Sony IMX363 sensor) and a telephoto lens with 3x optical zoom. The telephoto camera also supports OIS and up to 12x digital zoom capability.

This is one of the most versatile camera setups out there, especially since it can also be used to capture some stunning selfies. Asus again lets you adjust the angle at which you want to use the ZenFone 7’s flip camera, which is great for getting some different style of shots into yhe mix. It offers you 4K @ 60fps, 8K @ 30fps video recording capabilities, along with a Hyper Steady mode for stable video capture.

ZenFone 7 Pro comes equipped with a huge 5,000mAh battery with 30W charging support via the USB Type-C port onboard. Asus boasts that you can juice up 60% of the battery in about 35 minutes.

There’s not much to talk about the ZenFone 7 as it is exactly the same smartphone, just with the vanilla Snapdragon 865 chipset rather than the overclocked 865+ variant. The display, which was earlier rumored to be an LCD one, is also the same 90Hz AMOLED panel as the Pro variant.

Except for the chipset, everything including the camera, battery, and hardware remain almost exactly the same. The primary and telephoto cameras here don’t have OIS support while the Pro variant does. Still, you cannot go wrong with either of the two variants.

The ZenFone 7 Pro arrives in a single 8GB+256GB variant that has been priced at NT$ 27,990 (~Rs. 70,899) in Taiwan. The company will most likely bring the ZenFone 7 to India as the Asus 7z. We expect it to be priced slightly lower than the exorbitant prices of the device (possibly due to higher taxes) in its home country.

Asus ZenFone 7 Spotted on Geekbench; Here Are the Key Specs