Asus’ ZenBook lineup of devices are known for their ultra-slim, lightweight and premium designs, but did you ever imagine that you’d see a ‘tough’ ZenBook? Well, neither did I and believe me, I was quite surprised when I saw it flying across the room and onto the floor. I recently had the opportunity to spend some time with the new ZenBook 13 and here is what I thought of the ultra-portable notebook:

As always, before we dive into the hands on review, let’s take a closer look at the specifications of the new ZenBook 13:

Premium design and build quality is what we’ve come to expect of Asus’ ZenBook lineup and the new ZenBook 13 is no different. The notebook has a rather small form factor, thanks to its 13.3-inch display with thin bezels, and it’s incredibly light, weighing in at just 985 grams. But that doesn’t mean that the notebook is built out of flimsy materials. On the contrary, the ZenBook 13 stacks up quite well against the best laptops out there and it has been subjected to military-grade testing in order to ensure durability. 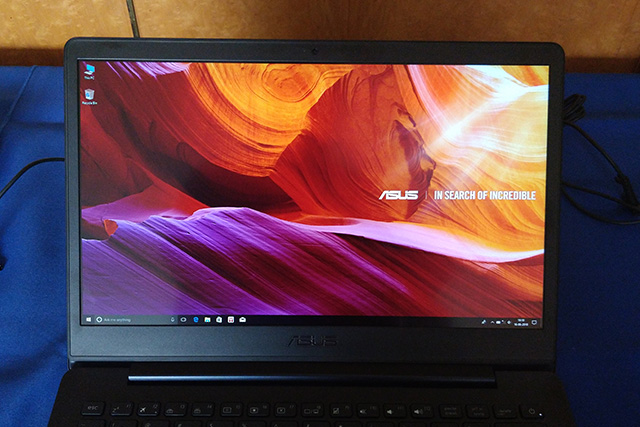 While I rarely pay much heed to such claims, I was quite impressed as Asus backed it up by having its representative casually throw the notebook in the middle of the presentation much to the surprise of everyone present. The laptop tumbled to the ground and closed shut, but when I checked it out after the presentation it worked perfectly well. Asus highlights that the notebook has been subjected to drop tests, altitude tests, temperature tests and humidity tests, which means that you’re pretty much covered on all fronts.In that case, I guess the military grade protection is definitely worthwhile.

Coming to the display, the ZenBook 13 packs in a rather impressive 13.3-inch FHD display with thin bezels, giving the laptop an 80 percent screen to body ratio. The display looked fairly vivid and got decently bright, and I saw absolutely no shortcoming in my little time with the notebook.

Asus has managed to cram in a remarkable amount of hardware in the compact ZenBook 13 and it should be enough for any user looking for a portable system for day-to-day use. The notebook can be configured with up to a Core i7 processor coupled with 8GB of RAM and up to a 512GB SSD. Since the processor included on the ZenBook 13 is from Intel’s power efficient U series, the device will last you quite a while even with its relatively small battery. Asus claims that the ZenBook 13 can last for up to 15 hours on a single charge, but we’ll have to put that claim to the test when we get our review unit. 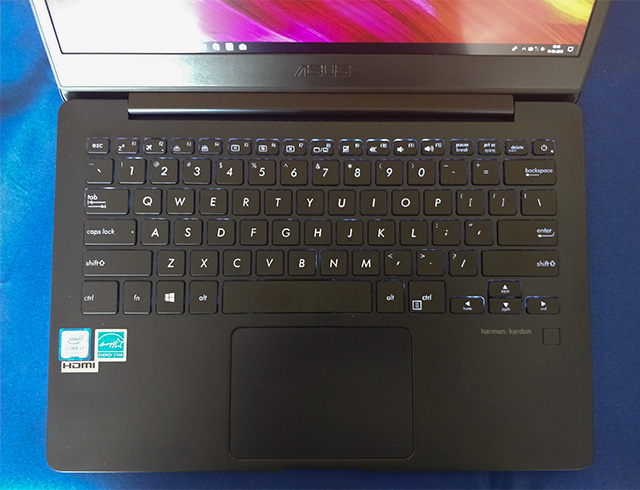 While the ZenBook 13 doesn’t pack in a dedicated graphics card, the integrated Intel graphics will be sufficient enough to run all productivity applications without a hitch and might even be able to play a few games at low settings. I personally liked the keyboard on the ZenBook 13 a lot. It has a great layout which is rather spacious for a notebook this small. The key travel is also pretty decent and I liked typing on it in my initial use. 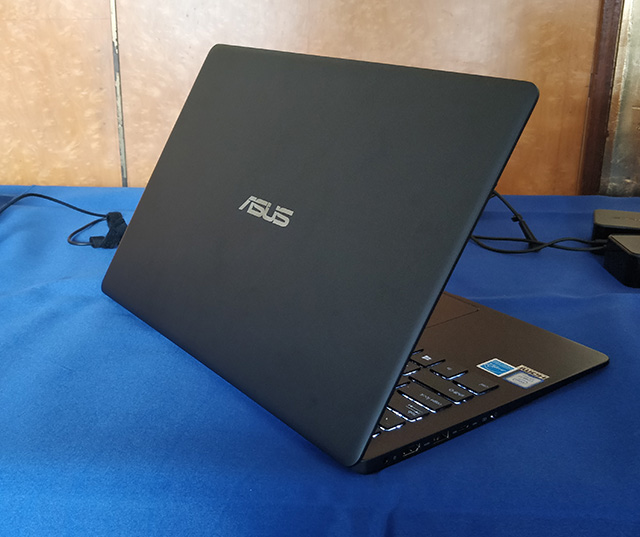 I also like the fact that Asus has included a fingerprint scanner on the notebook and I would love for other manufacturers to make it a standard practice in all upcoming notebooks. Despite the small form factor, port selection on the new ZenBook 13 is rather impressive, but I would’ve liked it even better if Asus had included at least on Thunderbolt port. I know, I’m nitpicking, but what’s the harm in hoping for something even better?

The ZenBook 13 is a great little notebook which definitely has everything that you’d look for in an ultra-portable Windows device. We’ll be taking a closer look at the device in the near future, testing out the company’s claims for ourselves and pushing the hardware to its limits to see if the ZenBook 13 is actually worth it. Stay tuned for our full review of the ZenBook 13 and make sure you let us know your opinion on the military-grade protection provided on this device.