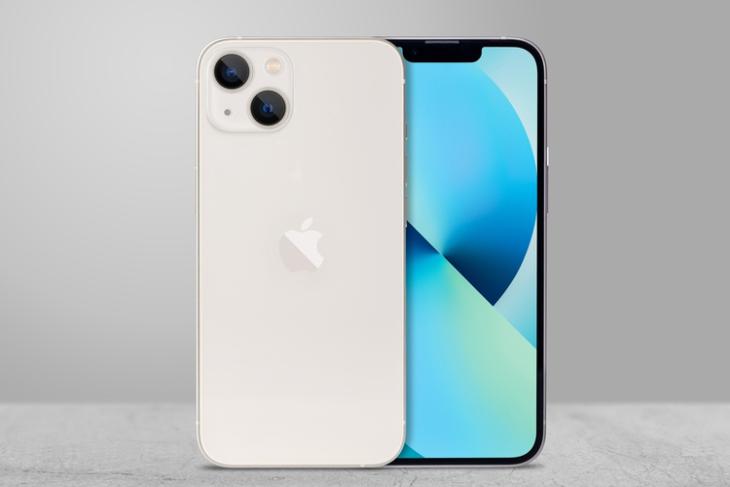 Apple released its latest iPhone 13 series with smaller notches, 120Hz displays, and other upgrades earlier this year. While the devices are selling like hotcakes in the market, users and critics have complained about the screen replacement situation. Apple had previously stated that third-party screen replacements would disable the Face ID biometric authentication system for good. Now, after much backlash, the Cupertino giant has confirmed to release a software update to fix this repairability issue in the coming days.

Now, for those unaware, if you have an iPhone 13 model, and God-forbid, you accidentally break the original display, getting the screen replaced from a third-party repair shop or technician will break your Face ID system. Although skilled technicians could transfer a tiny microcontroller from the original display to the new one to make the biometric authentication system work, it is a complex process.

Apple authorized repair shops and technicians, on the other hand, have access to special software that can make the Face ID system work with new displays.

Citing this issue for independent repair shops and technicians, Apple has confirmed to make it easier for them to replace the screen of iPhone 13 models without breaking the Face ID system. The company recently confirmed to The Verge that it will soon deploy an OTA update for the iPhone 13 series. After the update rolls out, it will not require technicians to transfer the microcontroller to make the Face ID system work with new screens.

This will make it so much easier for indie repair shops to replace broken displays of the latest iPhone 13 models. However, Apple did not specify the exact timeline for the rollout of this software update. Nonetheless, we can expect it to come sooner rather than later. Until then, we suggest you check out our list of the top screen protectors for the iPhone 13, 13 Pro, and the 13 Pro Max to keep that precious display on your $1000 phone safe against accidental drops and scratches.