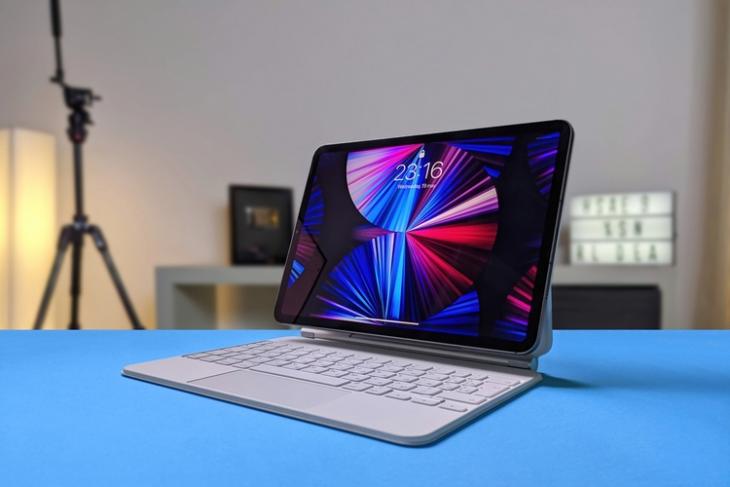 If you are looking for a tablet offering from Apple, the largest iPad you can get now is the 12.9-inch iPad Pro. If the latest newsletter from Bloomberg‘s Mark Gurman is anything to go by, that could change in the future. According to him, Apple’s engineers and designers are considering the possibility of larger iPads.

Before you keep your hopes up, the newsletter clearly mentions that the larger iPads in question are unlikely to go on sale next year. The earliest timeline is in a couple of years, assuming Apple doesn’t decide to drop the plan. There’s a solid chance that this large iPad may never see the light of day, so take this piece of information with a grain of salt.

“I’m told that Apple has engineers and designers exploring larger iPads that could hit stores a couple of years down the road at the earliest. They’re unlikely for next year – with Apple’s attention on a redesigned iPad Pro in the current sizes for 2022 – and it’s possible they never come at all,” wrote Bloomberg’s Mark Gurman.

The key reason why you shouldn’t expect these alleged larger iPads next year is because the Cupertino giant is focusing on redesigned iPad Pro in the usual screen sizes for 2022. Some rumored features for the 2022 iPad lineup include a glass back, wireless charging, and even reverse wireless charging.

So, if Apple decides to launch a larger iPad, say a 14-inch or a 15-inch variant, would you consider picking it over an equivalent MacBook variant? Share your thoughts with us in the comments section below.