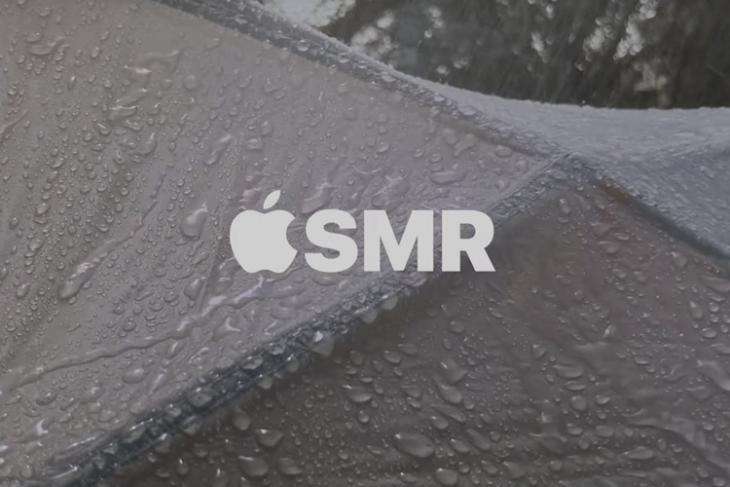 Unless you have been off the mainstream internet, it is highly likely that you have come across ASMR at least once in your life. Cupertino giant Apple has now stepped into ASMR with their four new videos posted earlier this week on YouTube. In case you’re not aware of, Autonomous Sensory Meridian Response (ASMR) is often referred to as a tingling sensation in the back of head upon listening to calm and soothing voices and tunes. There are a lot of ASMR videos in YouTube videos if you want to catch up on the topic.

The speciality of the ASMR videos posted by Apple is that all of those four videos are shot on the iPhone – iPhone XS and XS Max to be specific. It is worth noting that additional software and professional hardware have been used for making these videos which essentially means that you just can’t expect this level of perfection from your iPhone XS Max.

The Playlist has been named Season 1 which hints at the company’s plans for more seasons in the future. I’m no ASMR expert but each of these four videos sounds like different genres of ASMR to me. Apple has titled them “A calm rain at camp“, “Crunching sounds on the trail“, “Satisfying woodshop sounds“, and “Whispers from Ghost Forest“.

It is time to get into how they actually sound. I would like to make it clear that I’m not into ASMR at all and this is a perspective from a normal person with no biased opinion towards ASMR. The first one, A calm rain at camp sounds pretty relaxing. The visuals look quite satisfying as it starts with a moody camp vibe on a rainy day and proceeds further with water falling on the utensils.

The second one is a reminiscence of outdoor trekking and field trips. As the title suggests, the video has visuals of a person walking to the unknowns. The sound of his shoe coming in contact with the land is given more attention and it was interesting to watch as it made me feel like I was part of the journey.

I don’t have a positive opinion about the other two videos. The woodshop video was a complete turn-off as it made me feel uncomfortable and it was an unpleasant experience listening to it. You may relate to my point of view if you feel disturbed when you hear the sound of nails scratching on a rough material, probably a board.

In the last video covering the ghost forest, the visuals were honestly outstanding. But, my opinion towards it totally changed when I listened to the audio on my earphones. The sound had a stereo effect which I appreciate but it felt very sharp and disturbing at times. Hence, it did not quite serve the purpose for me. You can listen to all the four videos from the links given below.

So, those were my experiences on Apple’s ASMR. Did you like this new ASMR series from Apple? Let us know in the comments.