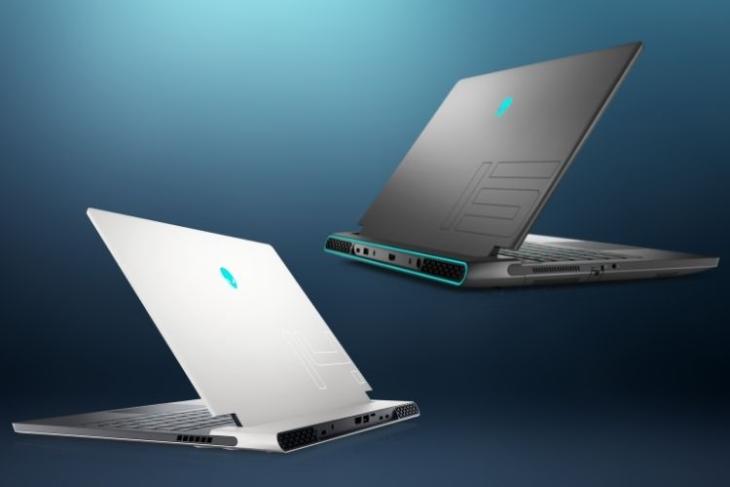 Dell expanded its Alienware X-series and M-series gaming laptops, packing Intel and Nvidia’s latest components earlier this year at CES 2022. Now, the company has brought its thinnest and ultra-portable Alienware X14 laptop to India. Along with that, the Alienware M15 R7 has also been launched in the country. Check out the details below to find out about their key specs, features, pricing, and availability.

Starting with the Alienware X14, it is touted as the company’s thinnest laptop to date, coming in a 14.5mm thick chassis. Dell touts it as the thinnest 14-inch gaming laptop to support Nvidia’s G-Sync and Advanced Optimus technologies. Furthermore, the company has fit more components inside the thin device, thanks to its new patent-pending hinge design.

The Alienware X14 comes with a 14-inch display with support for a 144Hz refresh rate and Dolby Vision. It includes up to Intel’s latest 12th-Gen Core i7-12900H CPU, paired with either an Intel ARC GPU or an Nvidia RTX 3060 GPU with 7-phase voltage control and a MUX switch. The device can support DDR5 RAM clocked at 5,200Mhz and up to 2TB of M.2 SSD. However, it is worth mentioning that the RAM will be soldered to the board, and hence, will not be upgradable.

Other than these, the Alienware X14 comes with the company’s proprietary Cryo-Tech Cooling technology to keep the temperatures down during high-performance tasks. There is also an 80Whr battery (the largest on a 14-inch laptop), which can deliver up to nearly 8 hours of battery life on a single charge.

Additionally, the X14 is the company’s first laptop to support charging via the onboard USB-C port. The laptop also comes with Dolby Atmos-supported stereo speakers for an immersive audio experience, customizable RGB-LED lighting in 2 zones, and supports the Alienware Command Centre for various customizations.

Coming the Alienware M15 R7, the device was also launched alongside the new Alienware laptops at CES 2022. It features a Dolby Vision-supported 15-inch display with support for either a 165Hz refresh rate or a 240Hz refresh rate and a screen resolution of 2560 x 1440 pixels. This one also supports Nvidia’s G-Sync and Advanced Optimus technologies, much like the X14.

Under the hood, the M15 R7 can pack either an AMD Ryzen 6000-series CPU or Intel’s latest 12th-Gen Core processors. For graphical performance, the device gets Nvidia’s latest 30-series GPUs, including the RTX 3070 Ti or the RTX 3080 Ti. And much like the latest high-end laptops, the M15 R7 also comes with a MUX switch to switch between the integrated and the discrete GPUs on-demand.

As for the memory, the Alienware M15 R7 comes equipped with DDR5 RAM clocked at 4,800Mhz and comes with an M.2 SSD slot. It also supports the Cryo-Tech Cooling system that offers 1.3x airflow and improved internal airflow to maximize battery life and battle thermal issues. Other than these, there is a backlit keyboard with support for per-key RGB, support for Wi-Fi 6E, and an 86Whr battery that charges with the included 240W power adapter.

These Alienware gaming laptops are currently available to buy on Dell’s official online store, Dell Exclusive Stores, and other large-format retail outlets like Croma and Reliance Digital stores across India. You can check out these models on Dell’s website to know more.