Skip to content
Home News Airpods Pro With Noise Cancellation to be Launched Soon For $250: Report 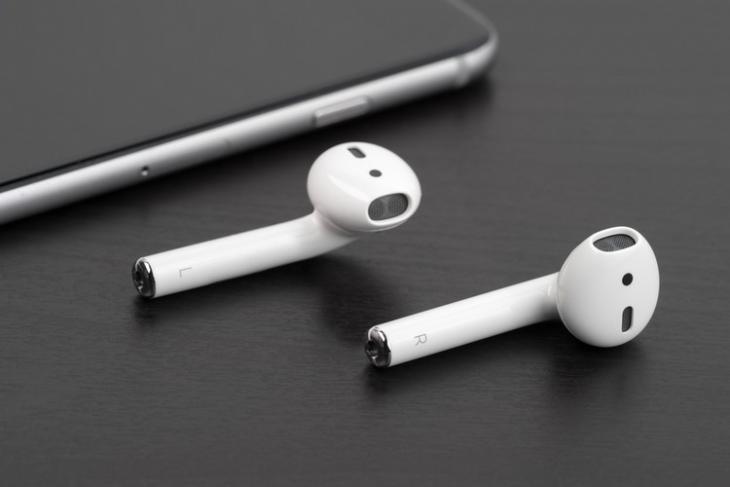 Apple’s upcoming noise-cancelling AirPods were first spotted in iOS 13.2 beta earlier this month, and a new report out of China now suggests that the pair may be priced at a cool $250 (around Rs. 18,000). According to China Economic Daily, the AirPods Pro may be launched in time for the upcoming holiday shopping season in the US this year, but not as a replacement for the regular model. Instead, it will reportedly be a premium offering with a revamped design and active noise cancellation.

In case you don’t know it already, the first official look at the design of the upcoming noise-cancelling AirPods was originally spotted in iOS 13.2 beta earlier this month. The discovery created quite a stir among AirPods aficionados, given the growing clamor for that feature even since the launch of the first-gen AirPods in 2016.

As can be seen from the image found within iOS 13.2 beta, the good-old ear tips from the iPod earphones may be making a comeback, possibly stopping the devices from falling out of users’ ears. It will also be the end of the ‘one-size-fits-all’ approach of the current-gen AirPods that were launched earlier this year. Do note, however, that there’s no ETA for the AirPods Pro launch just yet, so we might still have to wait some more for that.

It’s not immediately clear as to whether Apple will unveil its next AirPods at a media event like it did last month with its iPhone 11 lineup, or if it will just announce it via a press release, like it did with the 2nd-gen AirPods earlier this year. Either way, if the aforementioned report out of China is to be believed, the device will be launched in time for the holiday shopping season in the US, so we might not have to wait that long to get more details.

Apple Airpods Pro Teardown Shows They Are Impossible to Repair