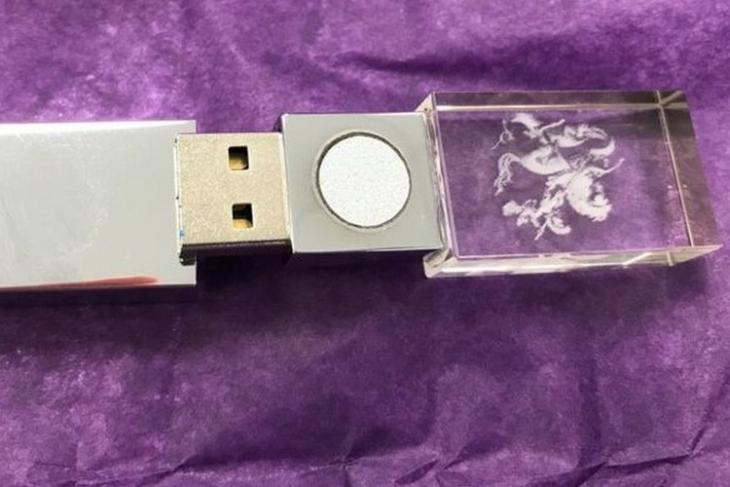 Although 5G technology is gaining momentum in the smartphone industry, there are also conspiracy theories that link the tech with the Novel Coronavirus. Well, if there are people who are naive enough to believe that 5G is the cause of inception for the Coronavirus, then surely there are customers for this completely “anti-5G” USB stick.

The 5GBioShield USB Key is apparently a device that “provides protection for your home and family”, according to the manufacturer’s website. On the other hand, it is nothing more than a mere 128MB USB drive that costs £339 (~$420).

“We consider it to be a scam,” said the Operations Director of London Trading Standards, Stephen Knight. He further went on to say that, “People who are vulnerable need protection from this kind of unscrupulous trading,”.

The manufacturers of the 5GBioShield USB Key, BioShield Distribution stated earlier that they developed the device with the help of their “research”. However, following the latest events, officials from the company have not responded.

Now, according to the manufacturers, the “holographic nano-layer catalyzer” is the technology behind the device. Apparently, this technology is to protect users from the “harmful effects of imbalanced electric radiation”.

However, Pen Test Partners, a company specializing in the teardown of electronic devices to find security vulnerabilities took apart the 5GBioShield to check for the said “quantum” technology.

“So what’s different between it and a virtually identical ‘crystal’ USB key available from various suppliers in Shenzhen, China, for around £5 per key?” asked Ken Munro, the chief of Pen Test Partners.

Well, inside the 5GBioShield, there was only a small circular sticker that is generally not present in standard USB sticks.

“Now, we’re not 5G quantum experts but said sticker looks remarkably like one available in sheets from stationery suppliers for less than a penny each,”, says Munro.

So, all these pieces of evidence and the expensive price of the device lead us to believe that this is surely a scam. It seems like BioShield Distribution is using conspiracy theories and heavily capitalizing on those to sell users useless devices like this “anti-5G” USB stick at high prices.

Steven Knight and his team are working with the Action Fraud Squad of the London Police to stop the sale of this device. They also appealed to the court and waiting for an order to take down the company’s website.