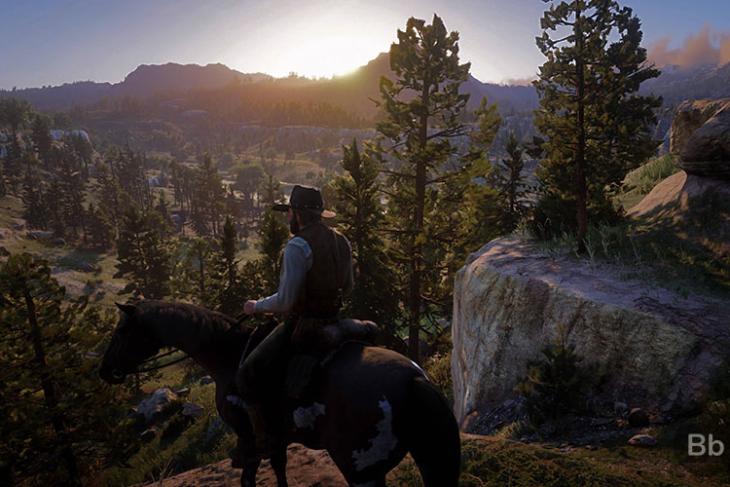 Red Dead Redemption 2, Rockstar’s newest open-world action adventure title, is one helluva game. As we’ve already discussed, the game has a lot to offer. It has a charming new protagonist, a relatively new control system, a vast landscape, and a lot more. Of course, you’ll get a hang of everything as you play, but the first couple of hours can be gruesome. So I won’t blame you if you’re looking for some Red Dead Redemption 2 tips and tricks.

Over the course of my time playing and reviewing this game, I’ve gotten a good grip of the game. So, I thought I’ll put together a list of four things that I wish I knew before starting my adventure in the Red Dead Redemption 2.

Use Cinematic Mode While Travelling

The Red Dead Redemption 2 trick that I use most often is this one. As you probably already know, this game has a huge map. So, naturally, getting from point A to point B is both time-consuming and extremely annoying. Yes, you can enjoy the visuals or engage in side hustles, but it takes a long, and I mean a very long time.

Thankfully, Rockstar has added a neat feature called Cinematic Mode, which can be triggered by holding down the trackpad button. Enabling the cinematic mode will add black bars on both top and the bottom of the screen, and make the game look like a movie.

The best part of cinematic mode, however, is the fact that it takes over steering for you as well. Yes, you can set a waypoint on the map and enter the cinematic mode to let the horse do its thing. It’s still going to take the same amount of time, but at least you can sit back and just enjoy the view.

Cinematic mode, in my opinion, is a great way to get around Red Dead Redemption 2’s incredibly detailed world. But after about 3-4 hours or so, when you’ve had enough of the environment, you’ll start wondering if the game has a Fast travel feature. Well, I am happy to report that Rockstar hasn’t abandoned it. There is a fast travel feature in Red Dead Redemption 2, but it’s extremely well-hidden. Typical Rockstar!

For the sake of immersion, Fast Travel is not something that’s readily available to everyone in the game. To unlock it, you’ll have to purchase some upgrades for your camp. First, you need to upgrade Dutch’s lodgings that costs $220. Upgrading Dutch’s camp will enable the option to purchase a fast travel map. Again, this one costs over $300, which means you’ll have to spend a total of over $500 (in-game currency) to enable the option to fast travel in the game.

That being said, though, it is worth pointing out that you’ll have to be in the camp to use the fast travel feature. It means you can only fast travel to a particular location from your camp, but it does not unlock the ability to fast travel back to the camp. So, you still have a lot of horse riding to do, which is why you should consider bonding with your horse.

Horses are an essential part of your day-to-day life in Red Dead Redemption 2. The horses carry their own statistics, they need to be maintained well, and it is important that you bond well with your ponies. This is probably the most important Red Dead Redemption 2 tip that I can give you as you begin your journey through the wild wild west. 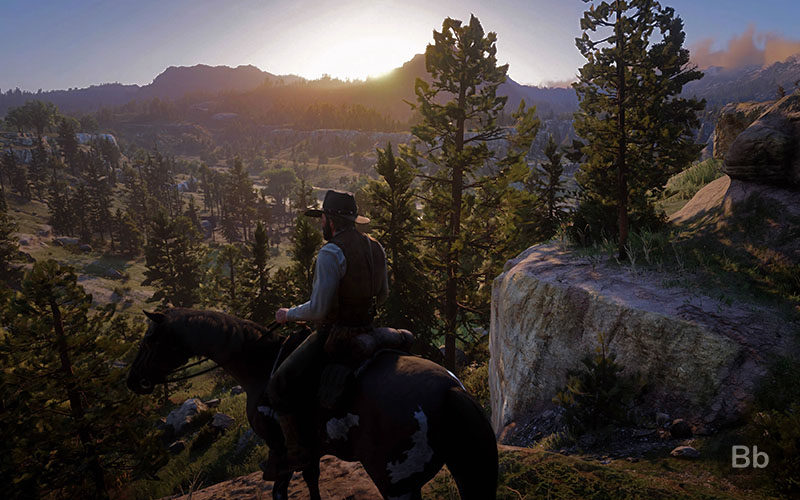 Horse bonding is extremely crucial in Red Dead Redemption 2. It essentially signifies the relationship you have with your horse, which, ultimately reflects on how it behaves and performs when you are galloping through the vast landscape.

There are four levels of horse bonding in Red Dead Redemption 2, and each level will unlock certain maneuvers you can pull of while riding a horse. Reaching Level 4, for instance, will unlock Piaffe, and the ability to Drift. Not to mention, increasing the Horse Bonding Level will also help you gain benefits like Health, Stamina, and a lot more. But how do you increase horse bonding level? 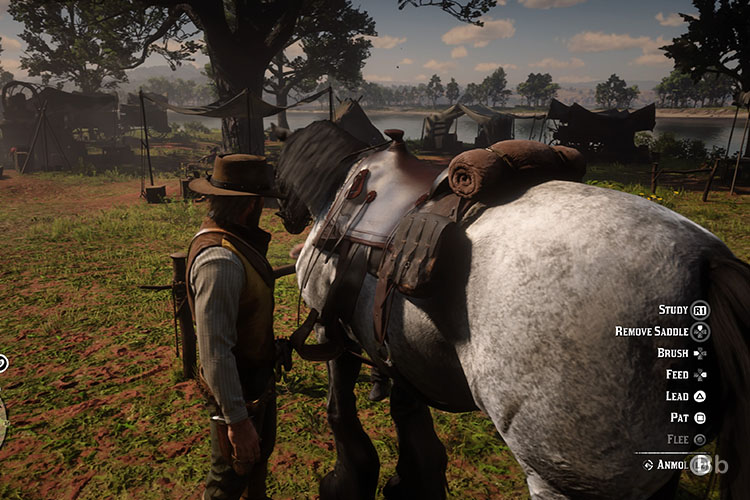 Well, there are several ways to increase your Horse Bonding Level. However, just spending time with your horse i.e. riding as much as you can, leading it as often as you can, and even swimming with it will increase your bonding over time. You can also feed your horse treats like sugar cubes, hay, etc. to bond with it as well.

It is also important that you keep your horse well-groomed at all times. Even calming your horse when it’s scared will greatly improve Horse Bonding Level.

It is also worth pointing out that you loose Horse Bonding points if/ when you ride it off a cliff or leave it unattended during a gunfight, etc. I’ve been fortunate enough to have the same horse from early in the game. So, if you ask me, have realistic expectations and treat your horse well while it’s traveling with you.

Just like many other Rockstar’s games, the Red Dead Redemption 2 also has a Wanted system. The game has something called Bounty, which is essentially a price that’s put on your head when you’ve committed a crime.

As soon as you commit a crime or enter a region like “Blackwater” where there’s a bounty on your head, the lawmen and Bounty hunters will come after you. You may manage to evade them at times, but things get nasty when there’s a huge bounty (upwards of, say, $200) on your head.

Thankfully, you can get rid of the Bounty by paying it off at the Post Office. There’s one in the Valentine region and it is marked on the map with a little envelope symbol. All you have to do is visit the Post Office and talk to the person behind the counter to pay off your Bounty.

Red Dead Redemption 2 also has “Wanted Level” just like many other games from Rockstar. The difference between Wanted Level and Bounty is that your Wanted Level will disappear if/when you escape the area where you committed a crime, but the Bounty will remain.

Getting rid of your Wanted Level is slightly different, though. You can do a variety of different things like changing your appearance (shaving or changing your clothes), or just flee the area until the red “Wanted” word in the top right of your screen gradually turns grey. Lastly, you can always surrender, by putting your weapons away and wait out your sentence in a Jail.

Well, that’s all I have for now. I hope these Red Dead Redemption 2 tips and tricks help you be a better gunslinger in the game. If you have any other useful RDR 2 tips or tricks, then be sure to drop a comment down below. I’ll be glad to check them out and use them the next time I go hunting for some outlaws in the game.