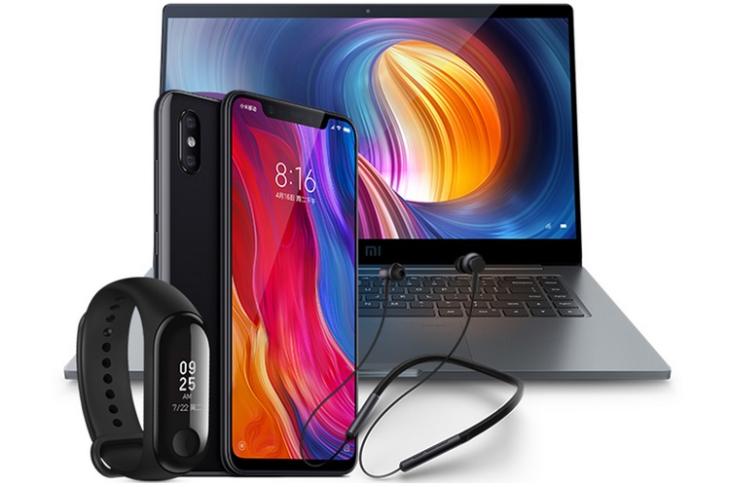 Xiaomi is called the ‘Apple of China’ for reasons ranging from the company’s quick rise to stardom to ripping off the design of Apple products. Even though Xiaomi cites Apple as a major inspiration, the exorbitant pricing of the new iPhone models appears to have ticked off Xiaomi, and the Chinese company is now mocking Apple with new product bundles in China that cost less than the new iPhone models.

What’s even more interesting is that the Xiaomi’s three product bundles, which include a laptop, a smartphone, a fitness band and an audio device, are all priced equivalent to or less than the respective iPhone models they are named after. Yeah, that’s the difference in return you get for your hard-earned money if you knock at Xiaomi’s door rather than entering an Apple Store. Don’t believe me? Just take a look at Xiaomi’s product bundles and decide for yourself.

First up is the XR bundle which includes the 12.5-inch Mi Notebook Air laptop, the Mi 8 SE smartphone, the Mi Band 3 and the Mi Bluetooth Mini Headset. For 6,499 Yuan, you get an excellent laptop, a very capable upper mid-range smartphone, a no-brainer fitness band and an audio accessory, all for the starting price of the iPhone XR’s base model.

Next in line is the XS bundle which offers the 13.3-inch Mi Notebook Air, the flagship Mi Mix 2S, the Mi Band 3 and the Mi Bluetooth Mini Headset. Priced equivalent to the iPhone XS’ base model in China, Xiaomi is offering customers a larger-sized laptop which challenges the MacBook Air in terms of performance and design, a bezel-less smartphone which does not feature an ugly notch, a reliable fitness tracker and a value-for-money headset.

Xiaomi’s XS Max bundle challenges a flagship with a flagship. The XS Max bundle includes the Mi Notebook Pro laptop which challenges the MacBook Pro, the flagship Mi 8 smartphone, the Mi Band 3 and the Mi Bluetooth neckband. All that can be purchased for just 9,599 Yuan, which is equivalent to the starting price of the iPhone XS Max in China.

So, which one would you pick? A flashy new iPhone on one hand, or a bundle which includes a very capable smartphone, an excellent laptop, an audio device and an efficient fitness band on the other hand. Well, all I can say is Xiaomi’s jibe at Apple transcends the realm of corporate mockery and sick burns, and actually offers something worth investing in- even if it involves copying Apple to one up Apple.