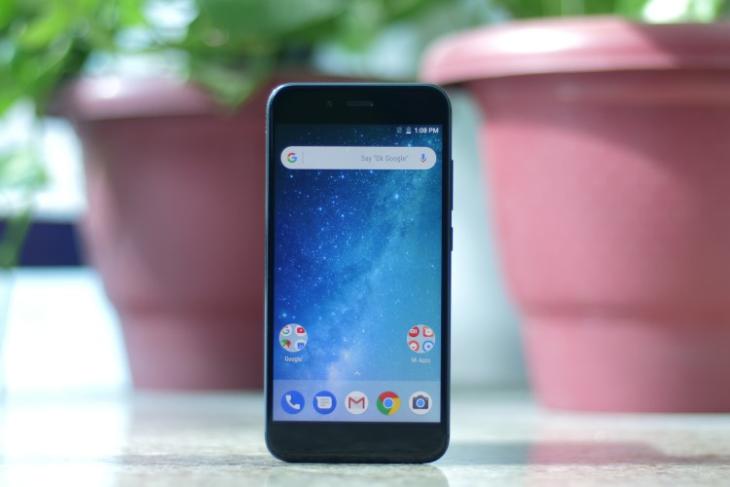 Last week, we learned that Xiaomi was seeking beta testers to check out the Android Oreo build for their first-ever Android One smartphone, the Mi A1. The Chinese giant is now rolling out the beta build of their Android Oreo update to users who registered to be a part of the initial tests.

According to an early adopter, the Android Oreo OTA for the beta build is fairly large, i.e around 1104 MB in size. It not only brings the latest iteration of Android to the Mi A1 but also the latest December security patch. You’ll receive the security patch on your device even if you haven’t signed up to be a part of the beta program. The Mi A1 was running Android 7.1.2 Nougat out-of-the-box and will finally receive the Oreo build after a five-month-long wait.

The Android 8.0 Oreo beta build for the Mi A1 is said to make the fingerprint sensor on the rear more snappier than it was on the previous Nougat build. This update also brings along all the major oreo features, such as the picture-in-picture (PIP) mode, autofill, adaptive icons, improved notifications, and more. However, it is being said that the dual-SIM functionality in this first Android Oreo beta build is not up to the mark.

To fulfill its promise of delivering the Android Oreo update for Mi A1 before the end of this year, Xiaomi now seems to be working extra hard to keep their community happy. The Chinese giant only has two weeks left to test their beta build to gather feedback before releasing the update for every Mi A1 device owner across the globe. So, have you received the notification for the Android 8.0 Oreo beta build? Share your experiences with us in the comments down below.