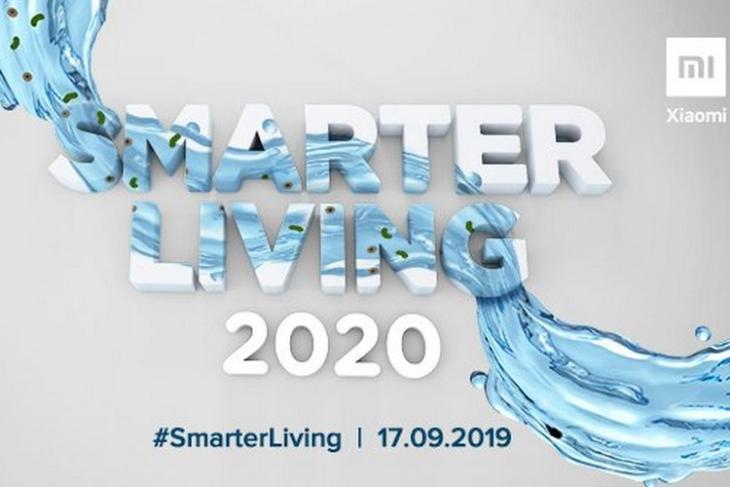 Xiaomi has planned a massive media event on September 17th to launch a whole host of IoT products and smart home devices in India, and the company has now virtually confirmed the launch of a smart water purifier in the country on that day. In a tweet a little while earlier, Xiaomi India MD, Manu Kumar Jain, teased the launch of a new product that will make “pure drinking water … available in every home”.

Mi fans! While TDS levels are supposed to be below 300, the water💧 many of us consume is still not safe. 😔

Well, that is going to change on 17th September. Pure drinking water will be available in every home.🙏

Xiaomi had earlier confirmed that it will launch the Mi Band 4 and a number of Mi TV models, including a massive 65-inch unit at the upcoming event. While the 65-inch Mi TV model and the Mi Band 4 were launched in China a few months earlier, it will be interesting to see if the water purifier the company is planning to launch here is the same one as the one unveiled in China last month.

Mi fans, I can't wait to unveil the gorgeous new #MiTV from @MiTVIndia! The biggest & best Mi TV in India yet. 👌

Nicknamed ‘Lentils’, the water purifier Xiaomi announced for the Chinese market comes with a price-tag of 999 yuan (around Rs. 10,000) and, is named after the lentil plant because of its unique design, whereby the three purification chambers in the device are arranged like seeds inside the lentils pod. There is also a mini-water tank that can hold up to three liters of water.

While Xiaomi might very well launch the aforementioned water purifier in India, it will be interesting to see if the company will spring a surprise by unveiling something entirely different. The fact that Jain seemed to suggest the device will help make pure water available in ‘every home’ leads one to believe that the device meant for the Indian market might be tailored especially for the local market and positioned at a lower price-point.