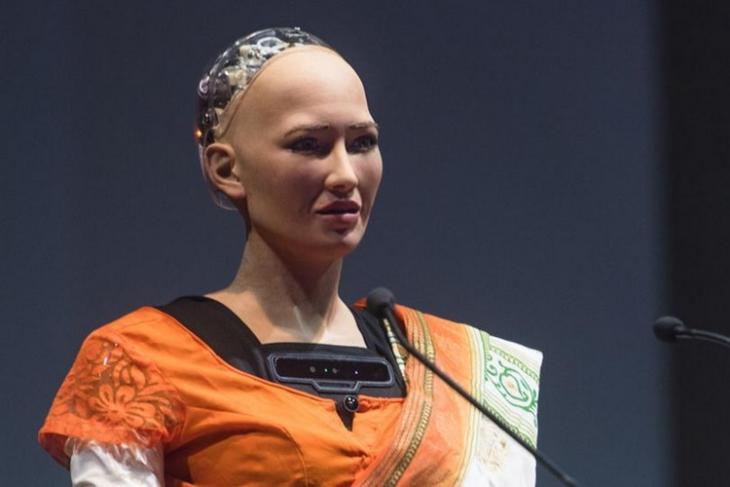 The robots are coming, and soon we will see more of people fumbling awkwardly around them. It’s already started with Will Smith’s high-profile attempted courting of Sophia the Humanoid.

The story, reported by Mashable, might just give you the creeps. Here’s a generic summary: Rich powerful celebrity invites a female humanoid to the Cayman Islands for a date and gets too close for comfort. Thankfully, Smith’s attempt to kiss Sophia were blocked by the robot, who is possibly the world’s most famous humanoid.

While we get that it’s meant to be a joke, it’s certainly an ill-timed one what with Hollywood still championing social media movements like #MeToo and #TimesUp. And there could be better ways to explore how Sophia or humanoids in general might understand the concept of dating and making out. The creep factor is amped up beyond 11 for sure.

Sophia is not the first humanoid robot in the world, but she has gained fame and notoriety over the past couple of years and the world’s first humanoid citizen. A citizen of Saudi Arabia, Sophia has been on a world tour recently, stopping by in India – where again she suffered a dimwitted proposal from a student. So it would seem Smith is not the first man to get snubbed. All this proves is that the world could get fancy new robots with highly-capable AI in the near future, but it might not get rid of people making idiots of themselves in trying to win their love.