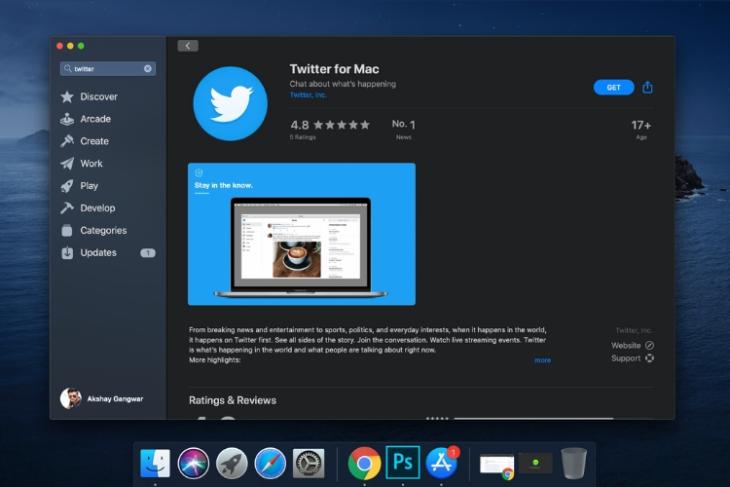 Even after resistance from its community, Twitter discontinued its native Mac app earlier last year to focus its energy towards “building a consistent experience” across platforms. Well, macOS users have been living without an official Twitter app – dependent on third-party apps, however, that’s changes today.

Twitter has launched a new app for Mac users today, almost a year and a half after its decision to halt support for its native app. The company first announced that it will be relaunching its Mac app a couple of months ago. It’s leveraging macOS Catalina’s new Catalyst feature that allows developers to port their iPad apps to macOS as native Mac apps easily.

The Twitter for Mac app is now live on the Mac App Store, but there’s a catch. Twitter’s latest app is available only on MacBooks and Mac PCs running macOS Catalina because that’s the only OS supporting the Catalyst framework.

As for the design and experience, it’s not an exact port of the iPad app but instead, the relaunched Twitter Mac app is closer to the new web UI, which itself is a PWA and helps streamline the experience across the board – except for Android and iOS.