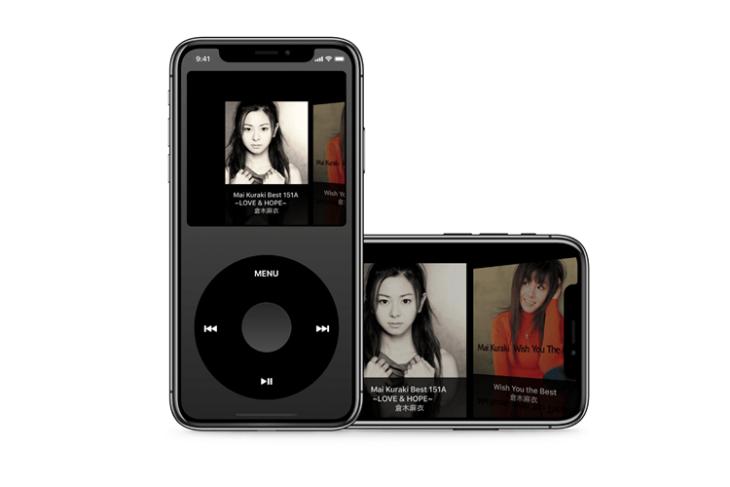 Remember the iPod Classic? An iOS developer has recreated the iPod experience by developing an iOS app that brings the Click Wheel and Cover Flow features of the iPod to iPhones.

The project is being developed by Elvin Hu, a design student at Cooper Union college in New York City. Elvin Hu took to Twitter to share an early teaser of his upcoming app. The tweet then went viral and gained over 36K likes and 7K retweets. In fact, Tony Fadell, the “father of iPod” says that it is a “nice throwback”. Check out the tweet below.

Turned my iPhone into an iPod Classic with Click Wheel and Cover Flow with #SwiftUI pic.twitter.com/zVk5YJj0rh

As you can see in the teaser video, the app looks quite elegant and brings back memories.

“I’ve always been a fan of Apple products since I was a kid. Before my family could afford one, I would draw the UI layout of iPhone on lids of Ferrero Rocher boxes. Their products (among other products, such as Windows Vista and Zune HD) have greatly influenced my decision of pursuing design as a career.” Hu told The Verge.

The Coverflow feature baked into the app is not limited to portrait mode. It can be used on the landscape mode to get an immersive experience, as you can see in the below tweet. Moreover, the users will get haptic feedback whenever they use the click wheel. Cool, isn’t it?

Making an iOS music app that looks like Cover Flow in #SwiftUI… pic.twitter.com/29Nfil70I3

Hu anticipates completing the app by the end of the year. He adds that the release of this app depends on Apple’s approval. However, he may release it as an open-source project. For now, we’ll have to wait to see how things turn out.

So, are you hoping to use this app on your iPhone to relive iPod memories? Let us know in the comments.

Duet Display Turns Your Phone into a Second Screen

15 Best iPhone Web Browsers You Can Use

How to Find Your Lost or Stolen iPhone