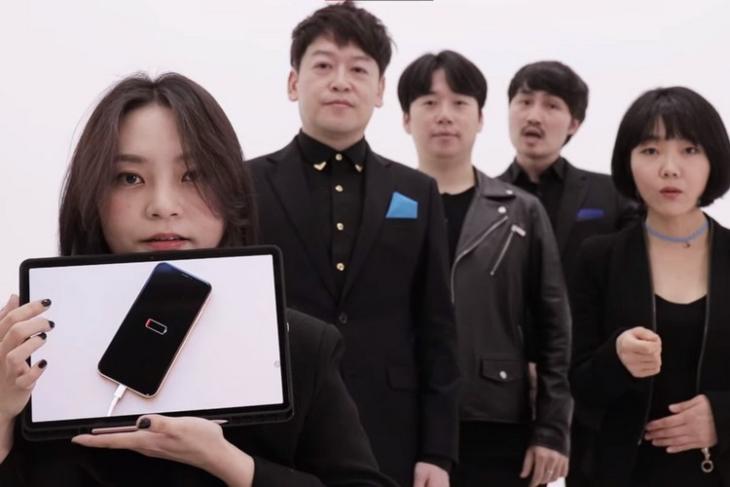 You may have seen a cappella groups such as PTX (Google them) cover popular songs of various artists. However, I am sure you have not seen a group of voice artists recreate popular ringtones and alert tones of Apple’s iOS devices.

South Korean a cappella group dubbed MayTree is known for creating amazing compositions based on popular songs, the theme music of games, and even movie intros. The group shared a video on its YouTube channel last month in which they recreated many of the sound effects that are there in Windows OSes. Now, they have recently come up with a video in which the artists recreated many of the popular ringtones and alert tones of Apple’s iPhone.

The voice artists, in the video, recreated some of the popular ringtones of the iPhone such as the default Opening, Marimba, Xylophone, and Uplift. Apart from these, they also recreated some of the popular sound effects of the iPhone like the charging hum, and the brief sound effect of a message being sent and received on iMessage. They even did the annoying alarm tone which I absolutely dread. And to be honest, I did not think that these sounds can be recreated with human voices.

However, MayTree proved me wrong as the artists did an impeccable job with their compositions. They recreated every one of the ringtones and the alert tones of the iPhone perfectly, with tight synchronizations and amazing voice-skills.

The video, on the group’s official channel, garnered over 81,000 views, as of writing this article. You can check it out right below.