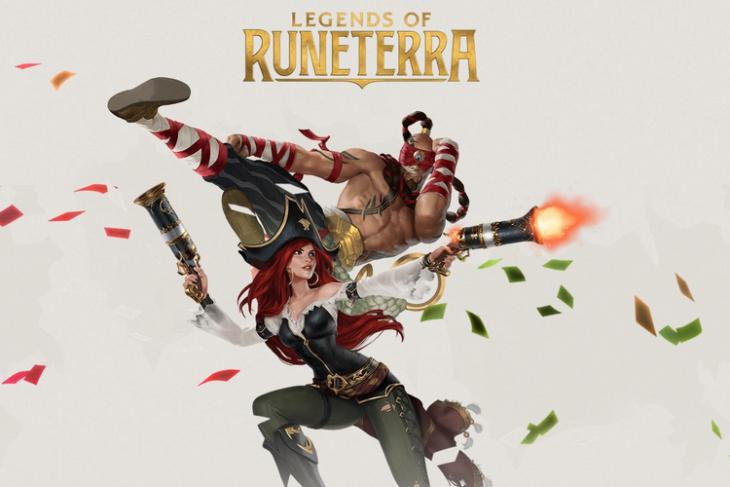 Riot Games’ digital collectible card game, ‘Legends of Runterra‘, is finally out of beta. Set in the world of ‘League of Legends’ (LoL), Runeterra is a strategy card game where players will have to use their skill and creativity to succeed. As is to be expected, the game includes some of the hottest characters from LoL, like Yasuo, Jinx, Ashe, Garen, Teemo, Darius and Zed.

The game, which might remind many of Blizzard’s Hearthstone, requires players to bring a deck of 40 pre-selected cards into a match to face off against an opponent. They’ll then need to choose their preferred champions and combine their cards from different regions to build the perfect deck. To win, a player will need to reduce the health of their opponent’s Nexus from 20 down to zero.

As part of the official launch, Riot also released the game’s first expansion called ‘Rising Tides’ that adds Bilgewater – a new region where pirates plunder with impunity and sea monsters devour entire ships in the blink of an eye. Rising Tides also adds over 120 new cards and 11 champions from the League of Legends universe, including Miss Fortune, Fizz, and Gangplank, among others.

Available for free on Windows, Android and iOS, the game will support cross-play between different platforms. While a Riot account will not be required to play Runterra on mobile, it is a pre-requisite for cross-platform play and sharing account progress between PC and mobile. You can download the game on your PC by the visiting the official Legends of Runterra website, and on your mobile from the Play Store or the App Store.