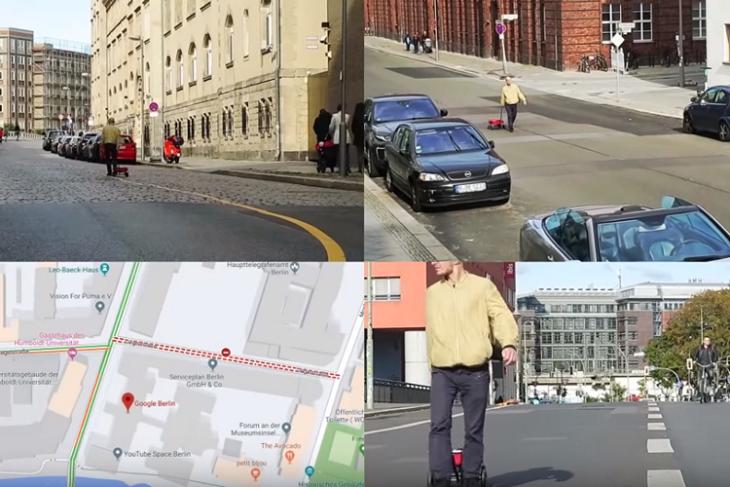 Google Maps has evolved to be one of the top choices for navigating across the city. One of the key features of the platform has got to be the live traffic info that lets you plan your commute according to the traffic conditions.

If you’re unaware, Google Maps changes the color of roads into orange or red based on the traffic intensity. Google relies on the number of Google Maps users in a particular area to judge the traffic. A man named Simon Weckert has found a way to create a virtual traffic jam that could show an empty street as crowded with slow-moving traffic.

To achieve this “hack”, Weckert made use of 99 smartphones. He placed all these phones in a handcart and walked down a street. As it turns out, Google Maps showed the otherwise empty street as extremely crowded with traffic.

“99 smartphones are transported in a handcart to generate virtual traffic jam in Google Maps.Through this activity, it is possible to turn a green street red which has an impact in the physical world by navigating cars on another route to avoid being stuck in traffic.”, wrote Simon Weckert in the video description.

While this is a clever demonstration of the flaw in Google’s live traffic prediction, hacks like these could certainly waste the time of fellow drivers who are now forced to re-route. Ride-hailing vehicles would probably be the most-affected ones if someone else tries to pull off this prank.

As you can see in the video below, Weckert performed this demonstration outside Google’s Berlin office. We hope the software giant finds a workaround to prevent similar instances from taking place in the future.