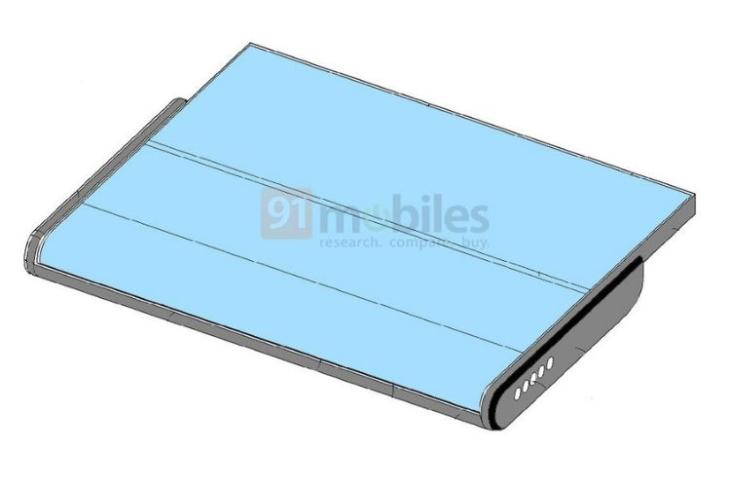 After setting itself up as a prominent player in the foldable smartphone market, it seems like Samsung wants to explore more innovative foldable phones designs. The company now wants to develop a smartphone that can both roll and fold at the same time, as per a recent patent filing. Here’s how the Samsung ‘Fold and Slide’ smartphone will look like and work.

Recently spotted by 91Mobiles, the patent titled “Electronic Device capable of Folding and Sliding Operations” was published by the World Intellectual Property Organization (WIPO) on December 16. The patent describes the device as a foldable smartphone with a sliding mechanism to expand the screen real estate to offer more usability. It could be similar to the TCL “Fold and Slide” prototype smartphone, recently showcased in China.

It is reported that the phone could enable its sliding capabilities upon summoning certain actions. While we don’t have any details about how the device would work, the patent images give an idea about the form factor of the Samsung fold and slide smartphone. As per the images, the device would feature a hinge to support the folding mechanism and a motor for the sliding mechanism.

In its compact form, the device would be in a folded mode and if users need a bigger screen, the sliding mechanism will come into play. While its use cases aren’t known, it could prove helpful for better multitasking. It can let people watch videos and do more stuff when the phone is rolled out. And if this phone (if it sees the light of the day) comes with a stylus much like the Galaxy Z Fold 3, things can further become interesting.

It’s worth mentioning that all the above information is solely based on the patent images and Samsung is yet to reveal any detail about its fold and slide smartphone. Additionally, there’s no word on whether or not Samsung plans to release this product, So, we suggest you take this information with a grain of salt and wait until Samsung officially reveals any details. Meanwhile, don’t forget to share your thoughts on this unique phone design in the comments below.