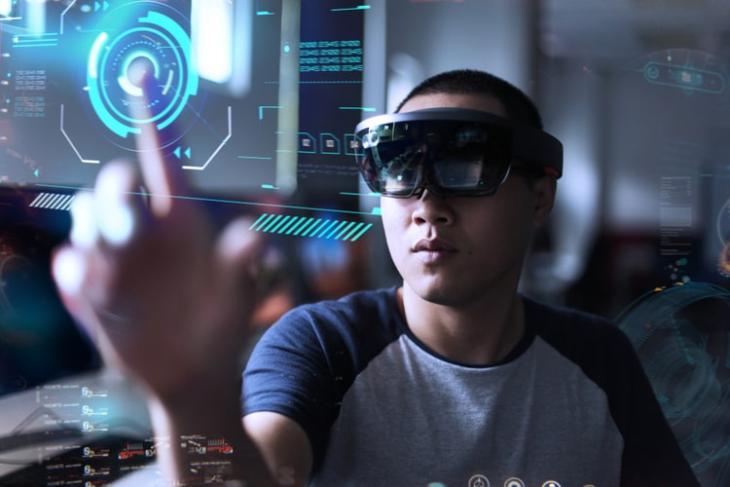 Earlier this year, we saw a leaked concept video of possible augmented reality (AR) glasses by Samsung. While details on it were scarce, it seems like it is being developed in collaboration with Microsoft. A new report suggests that Samsung has joined hands with Microsoft for an AR-based HoloLens project, which is now in the developmental stages.

The report comes from the South Korean publication The Elec, citing relevant sources with knowledge about the project. It is revealed that the project was initiated during this year’s summer and is expected to last for two years. It could be released commercially in 2024.

Samsung has reportedly formed a task force for the project and will most likely look into the hardware front. Samsung’s multiple business divisions, including, Samsung Display, Samsung Electro-Mechanics, and Samsung SDI are said to be working on the project with Microsoft. The SVPs of the said divisions reportedly took part in a meeting relating to the project earlier this year.

While details on the AR glasses aren’t available, we can expect it to be the next-gen HoloLens, which is Microsoft’s AR wearable. For those unaware, Microsoft introduced the first model was launched by Microsoft back in 2015 and the next HoloLens 2 came out two years back in early 2019. The AR-based wearable allows users to experience various augmented reality scenarios.

Furthermore, it is revealed that Samsung recently invested in a US-based AR company named DigiLens, which is popular for its waveguide technology that is used in AR glasses. The company will most likely use DigiLens’ resources to develop Microsoft’s upcoming HoloLens 3, or whatever it is called.

The alleged project can help both Samsung and Microsoft revive its AR/VR tech, considering it is being hyped up again. To recall, Samsung recently killed off its Gear VR last year and Microsoft hasn’t refreshed one in a long time.

Since neither Microsoft nor Samsung has provided any official details on this, we need to take the above-mentioned with a grain of salt and wait for some concrete details. For further information, stay tuned.