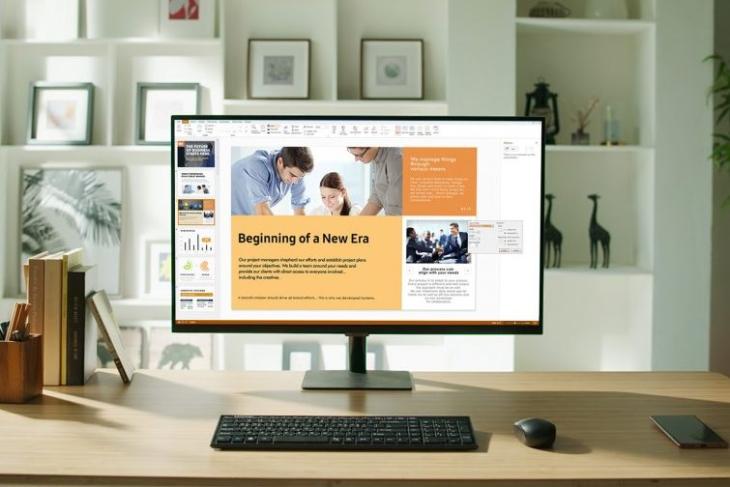 Samsung introduced a “first-of-its-kind” smart monitor lineup in November last year. The Samsung M5 and M7 smart monitors are called the world’s first ‘do-it-all’ screens. They were initially launched in the United States, Canada, and China and have finally found their way to India today.

Now, you must be wondering – why are Samsung M5 and M7 called ‘do-it-all’ screens? It’s because they are not just monitors but can also be used as a full-fledged smart TV. During the day, you can use the monitor for office work and move on to watching TV shows and movies on the same screen via built-in support for Netflix, YouTube, Apple TV+, and other OTT apps.

Coming to the specifications, the Samsung M5 comes in two variants – 27-inch and 32-inch with a Full-HD resolution. Samsung M7, on the other hand, has a 32-inch Ultra-HD display. Both the monitors include a VA panel, support a 60Hz refresh rate, and an 8ms response time. The panels onboard also support HDR10, up to 250 nits of peak brightness, and a 178-degree viewing angle.

What’s more, you can adjust the aspect ratio of these smart monitors. Samsung says a user can go from a standard 16:9 aspect ratio to an ultrawide game view with a 21:9 aspect ratio. But we don’t suggest you do that, especially with the 8ms response time we’ve mentioned above.

These smart monitors can run OTT apps, as well as Microsoft Office 365 apps, without the need for a PC or mobile device. That is because of the Tizen OS 5.5 software, which also brings smart home controls, DeX support, and more to these devices. You can plug in a Galaxy device to the monitor using a USB-C cable to enjoy a desktop-like experience.

The Samsung M5 and M7 also include 10W speakers, 2 HDMI ports, 3 USB-A ports, Wi-Fi 5, and Bluetooth 4.2 in terms of connectivity options. The former does not have a USB-C port while the latter has a single USB-C port onboard as well.

The Korean giant says that these are the introductory prices for the smart monitors. It is also bundling a Logitech MK240 Nano wireless keyboard and mouse combo with its smart monitors in India. These screens will be available starting at Rs. 28,000 over the coming weeks.