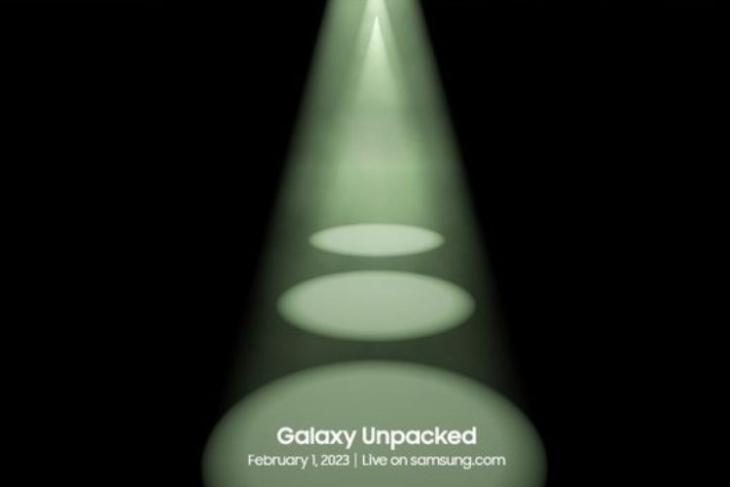 Samsung recently revealed that it would host its first Galaxy Unpacked event of 2023 on February 1 to launch the Galaxy S23 series. The company has already opened reservations in the US and has now done the same in India. So, if you are interested in the upcoming Galaxy S phones, here are the details.

You can now pre-book the Galaxy S23 series by paying Rs 1,999, which will get you the Next Galaxy VIP Pass. With this, you will be able to get benefits worth Rs 5,000, an early delivery, and the option to get any of the S23 phones in exclusive colors.

And you can also avail of the Welcome Voucher worth Rs 2,000 and loyalty points via the Samsung Shop app if you are a Smart Club member. The Rs 1,999 token amount will be deducted from the final price of the phone.

The company could also announce a few bundle offers at the time of launch. So, you will be in for an exciting deal.

The Samsung Galaxy S23 series will include the Galaxy S23, the S23+, and the S23 Ultra. Samsung is banking on improved zoom, support for a 200MP camera (for the S23 Ultra), and improved night photography. The series is highly expected to get the tweaked Snapdragon 8 Gen 2 chipset, an improved battery life, and more upgrades.

The phones are likely to look similar to the Galaxy S22 series but without the Contour Cut design. The Galaxy Book 3 laptops and more products are expected at the launch event, which will be the first in-person one post the COVID-19 pandemic.

Stay tuned to know how the upcoming Galaxy S phones turn out to be as we will be covering the event live!